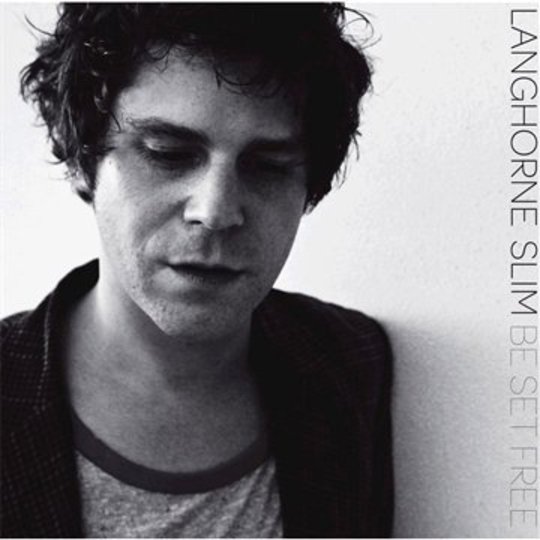 The Guardian has called Langhorne Slim 'one of the greatest live acts [they] have ever seen.' Listening to the Pennsylvianian-born, New York anti-folker's Be Set Free, re-released from last year at the end of a decade of releases, you get a sense of why.

For the last ten years, Langhorne Slim has been a respected name to those with their ear on the ground. A recurring feature of the New York gig scene, he's made consistently adept country-folk in an semi-modern US vein, and influenced artists on both sides of the pond including London's Johnny Flynn. As a result, any album of his comes with, if authenticity is too loaded a word, at least the mark of graft. A natural performer with a consummate tenor, he's honed his craft in voice, songwriting, performance, and strength of conviction, and by these standards, Be Set Free album is faultless. From the call and response of 'Cinderella', where the title is glibly partnered with "Yes my handsome fella?", to the stirring, Springsteen-esque 'Land of Dreams', to the sexy, Nina Simone blues of 'For A Little While', Be Set Free serves as a master class in pop-folk song-writing, and as proof that it only takes one voice to lead an anthem.

With their gleeful, gospel nature, and lyrics about boozin' and freewheelin', these songs make a valid contribution to the great American songbook. The only problem is, they could already have been songs from the great American songbook. A talent for universal lyrics is both an attraction of Slim's music, and a disadvantage. While you might, in times of need, find comfort in a line like "Why did you come/ When you can't stay forever?/ How could you leave me all alone on this earth?", from the song 'I Love You, But Goodbye', it certainly isn't the only place you could find it. Similarly, the record is peppered with near-cliches, such as "have you ever felt like a fish out of water?", and philosophical insights that are unlikely to change your life, like "Morning is a vampire, and the night is the same."

Still, the simplicity of the language lends a kind of homey, Sunday school charm to the songs, like they're being read out of a lesson in What Katie Did. In its lack of cleverness, the album has a certain wide-eyed innocence, and even the songs about hangovers show a generous perspective on life, of which music critics could do well to take note. Produced with the Decemberists' Chris Funk, the album has a fuller sound than Slim's reputation as a modern-day Guthrie would suggest, and sits, musically, between a gospel church and post-Arcade Fire indie. As a result of this, it has the capacity to be almost obnoxiously positive, as evidenced on the names of the title track, and the second - 'Say Yes'. Leave your cynicism aside though, and this capacity for the upbeat is Slim's most endearing quality.

On 'Be Set Free', Slim sings "I'm not an ordinary man...I'd like to be an extraordinary man." This is an album that is better than ordinary - not quite beyond. It's up to you to decide if you love it.