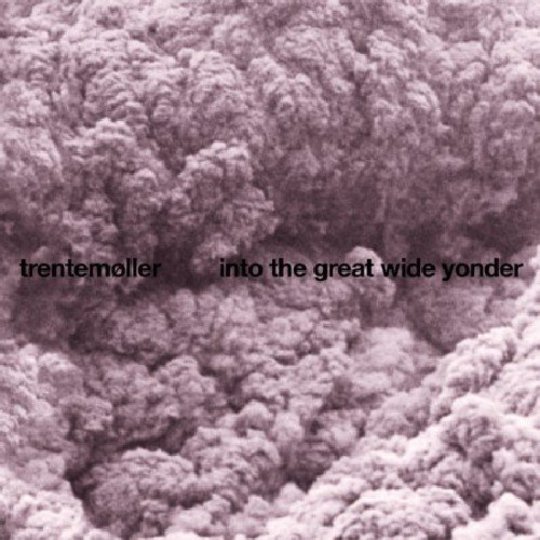 It was around this time last year that my first review for this site was posted. Safe to say, I was utterly thrilled, considering said album (The Field’s Yesterday and Today) was a corker. In the space of time between that first review and right now, a lot of albums of a similar ilk have come into some form of public and critical reverence with their manipulation of accessible electronics. Seeing the likes of Four Tet, Pantha Du Prince and Caribou all playing around with a hedonistic 4/4 rhythm, awkward instrumentation and purest-of-pure melodies is joyful, to say the least. Maybe on a superfluous, egotistical front of self-validation, but still…

Purveyors of such talents may be coming thick and fast right now, but Anders Trentemøller can still lay claim to similar acclaim. The Last Resort was his first album, emerging back in 2006, and was a wonderful introduction to his dark, electronics-driven world. Since then, a lot has happened at the musical front that he has so steadfastly adhered to and helped to prosper. It was a glowing reference point in ambient yet dramatic music. But Into The Great Wide Yonder seems to beckon a new tack, an embrace of the estranged analogue tangents that were so deliberately ignored on his previous outings.

Well, at least it’s touted as a move to the organic. Opener ‘The Mash and The Fury’ does seem like a sibling to the euphoric openings of ‘Take Me Into Your Skin’ from the last album. This time, a slower groove and emphasis on twang-laden country guitars and random slaps of drum machine snares resonate, as opposed to the BPM constant like before. ‘Shades of Marbie’ takes the old template forward perfectly, with smacks of live drums and rattling guitar chords providing a riveting new dimension. The grandiosity is still there, for sure, but it appears from the offing to have gone through a near total metamorphosis.

Where the album's most forthright and striking moments reside, though, are in the vocals. Most notably in ‘…Even If You’re With Another Girl’; an Angelo Badalamenti-esque swing number fronted by the haunted, broken vocal of the apparently very lonely Darkness Falls. It’s proof, if nothing else, that Trentemøller’s ear for soulful nostalgia can be second to none and this point could and should be displayed far more often that it is within this album. There’s a fearless level of experimentation on offer here, even if it may seem straightforward to the uninitiated listener. But what is really unfortunate is that that same experimentation ends up being detrimental to some tracks.

Where the vocal led pieces leave an apparition of beauty hanging over you, somehow their instrumental counterpart act completely counter to the cause of creating a beautiful, simple, flowing album. Tracks like ‘Past The Beginning of The End’ and ‘Haxan’ simply wash over you, playing on over indulgent forays into jazzy melodic structures. Which is odd, as that would normally hook someone else like myself in, but within Into The Great Wide Yonder, they’re simply an unwanted distraction. ‘Silver Surfer, Ghost Rider, Go!!!’, as well, takes an unnecessary Tarantino, car advert tempting ride into town with its all too obvious Morricone influence backed by a wanton, slap dash, Saloon-door-a-swingin drum beat.

Into The Great Wide Yonder doesn’t reach the high watermark of Trentemøller's first album. His own decision to discard that past may be the cause, but he could so easily have pressed his claim as one of the fore runners of this growing breed of electronic masters. Then again, maybe it’ll be their turn to play catch up in four years time.