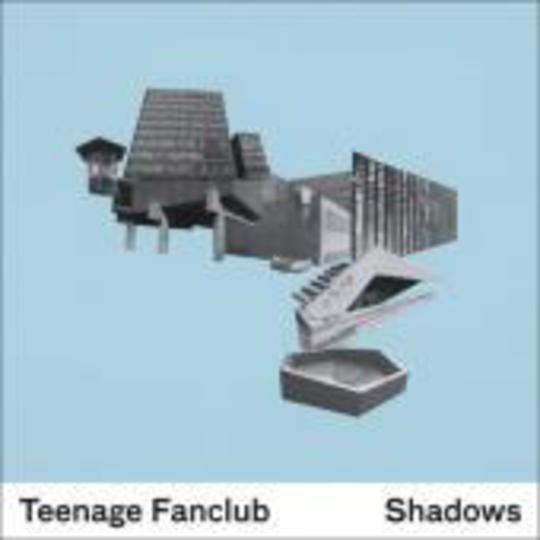 Veterans of the indie scene dating back to a time when the word was an abbreviation for 'independent' rather than a post-Britpop musical genre, the name Teenage Fanclub has become synonymous with the word "consistent". Fashions and trends may come and go, yet since their conception via Glasgow's shambling C86 scene at the tail end of 1989, Teenage Fanclub have retained an effervescent charm even in their darkest hours. Even more remarkable is the fact that despite over 20 years and ten albums worth of music between them, they've somehow managed to stabilize their line-up to the point that three-quarters of their original members - Norman Blake, Raymond McGinley and Gerard Love - still reside in their familiar roles as co-singer/songwriters, guitarists and bass player respectively.

When you've a career spanning as long as Teenage Fanclub - not to mention a back catalogue so extensive - it's difficult not to just focus on one particular 'golden' era. However, it would be churlish to accuse TFC of having only one album or period of note. Sure, the ramshackle lo-fi of A Catholic Education and The King undoubtedly provided food for thought for young upstarts like Urusei Yatsura and Mogwai, while breakthrough long player Bandwagonesque was a pivotal record on both sides of the Atlantic (none more so than in the eyes of a certain Kurt Cobain). Nevertheless, commercial success took another four years to arrive, culminating in the timeless Grand Prix. Standing out like sore thumbs in a sea of Britpop adversity, their star was to shine even brighter with follow-up and album number six Songs From Northern Britain to the point where Teenage Fanclub were actually seen as a going concern within the music industry and eventually sign to a major, possibly their least productive period. With contractual wrangles and marketing executives threatening to curtail the band's very existence, it seemed as though the band that would never die would just fade away instead, and although 2003's 'Best Of' Four Thousand Seven Hundred And Sixty Five Seconds reinforced the notion that the Bellshill outfit were possibly the ultimate singles band of the Nineties, the writing was surely on the wall.

As if a band like Teenage Fanclub would ever lie down defeated at the corporate threshold of the man, they formed their own label, enlisted the services of Tortoise's John McEntire and unleashed their strongest collection of works for a decade, Man-Made. Strangely, this still didn't stop the naysayers from writing them off. Yet here comes another dazzling resurgence in the shape of Shadows; while its quality would never have been in doubt to the already converted, it equally suggests Teenage Fanclub to be in a vigorous prime, even though there's a sensitive vein of maturity running through the record from start to finish.

Comprising 12 songs in all, Shadows illustrates the band's strong points - simple yet effective melodies coupled with sumptuous vocal harmonies courtesy of Blake, McGinley and Love while lyrically scaling a fine line between happy-go-lucky romanticism and solemn melancholy. Although difficult to pinpoint any one key moment, the opening 'Sometimes I Don't Need To Believe In Anything' sets the album's stall out in exquisite fashion. It's a gem that can stand proud even in such hallowed company as 'The Concept' from Bandwagonesque or 'I Need Direction', Howdy's main saving grace. Jaunty in pace and lofty in size due to TFC employing a brass section just as the chorus kicks in, 'Sometimes I Don't...' hovers around a lovelorn tale perfectly accentuated by Blake's charming riposte "Deep inside you never let go". Current single 'Baby Lee' meanwhile follows a similar path to that enjoyed by 'Mellow Doubt' 15 years ago, while the trademark Byrdsian influence is omnipresent throughout both 'The Fall' and 'Live With The Seasons', those pitch perfect harmonies once again elevating each well above homage status.

The excellent piano ballad 'Dark Clouds', which features a guest appearance from Euros Childs, is possibly Teenage Fanclub's most evocative moment to date. Plaintive and wistful to the last, only marginally usurped by 'The Last' in the reflective stakes ("I search for nothing at all" declare the swoonsome trio in harmony), 'Dark Clouds' is an eerie mid-point on what is a largely upbeat record. 'When I Still Have Thee' echoes both familiar haunts from the past - anyone else spot the opening chord change borrowed instinctively from The Popguns 'Landslide'? - while lines like "The Rolling Stones wrote a song for me, a minor song with a major key" are the sort of words you'd expect to hear from maybe Frightened Rabbit in the present day. When Teenage Fanclub do bright and breezy - 'Shock And Awe' and 'Into The City' both spring to mind here - they pull it off with some aplomb, once again recalling the halcyon artefacts of bygone eras that graced Bandwagonesque and Grand Prix.

Overall, Shadows is an enticingly fulfilling album, to the point of being a surprise contender as one of 2010's finest. Whether this Teenage Fanclub can continue making music of such a high standard as they pass through middle age remains to be seen, but having confounded their critics for two decades already, who's to say what they may have waiting in the wings next?