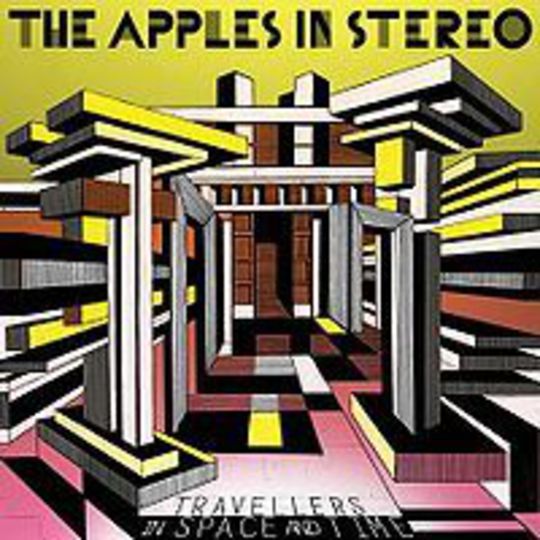 If ever Mike Myers decided to resurrect Austin Powers one last time, he could do worse than seek out Denver's Apples in Stereo to provide the musical accompaniment. Having revelled in unpretentious kitsch with a serious Sixties disposition for nigh on 20 years now, the Robert Schneider led sextet would be ideal candidates for the soundtrack, while the long-awaited sample of commercial success to go with the critical acclaim they've been lauded with throughout their career would be most timesly.

Having released their first album back in 1995 and worked with such feted outfits as The Lilys, Neutral Milk Hotel and The Olivia Tremor Control, it's perhaps surprising that they've remained a perpetually cult concern; even more so bearing in mind the overtly radio friendly nature of their music: inoffensive on the ears without resorting to schmaltz or tackiness, yet still deeply steeped in Sixties nostalgia of a psychedelic vein.

With no new recorded output to speak of since 2007's New Magnetic Wonder, it's somewhat appropriate that The Apples In Stereo have regrouped to make a concept album. Travellers In Space And Time, their seventh long player in all, is said to be entirely based on the idea of 'Seventies R&B music as played by aliens', a major step forward for a band so ensconced in the decade prior.

Take 'Dream About The Future', the second track on the record. Musically it sounds like a vaguely transient cross between ELO's widescreen poperas and The Monkees after the started taking themselves seriously. Its title fits in with the theme of the record yet lyrically, a dissonant love song lies in wait, Schneider imploring "You don't know what you do to me girl" over the saccharine tinged chorus. Likewise, 'Nobody With You', a disco flavoured assortment of hooks and beats straight out of KC And The Sunshine Band's back catalogue bases itself around a monogamous vibe, "I don't want to be with nobody but you" insists its creator.

At times, it's easy to be suspicious of Travellers In Space And Time, particularly as it's such a mammoth exercise to take in one sitting: 16, coming in at little under an hour. However, for the most part its playful mood proves wholly engaging. The vocoder heavy interlude of 'Strange Solar System' suggests "We are from a better place", and it's difficult to argue when 'C.P.U.' kicks in, all floaty and effervescent like Gerling's 'Enter Space Capsule', built around a simple melody and hookline whose "You know what it's like, when you're out of range of a satellite" takes on a concisely adept meaning at the song's breakdown.

Elsewhere, 'Dignified Dignitary' sounds like The Who's 'Can't Explain' as re-interpreted by erstwhile indie also-rans The Sandkings, while both 'Floating In Space' and 'Told You Once' proffer a more cautionary, introverted side to The Apples In Stereo, the latter's inquisitive "What do you dream about?" middle eight strangely usurped by the former's apologetic "No gravity, no direction..." confession or otherwise. Overall though, Travellers In Space And Time is a fascinating collection that won't be everyone's cup of tea, but should at least cement its creators cult status for the forseeable future and some.

You Should Know By Now