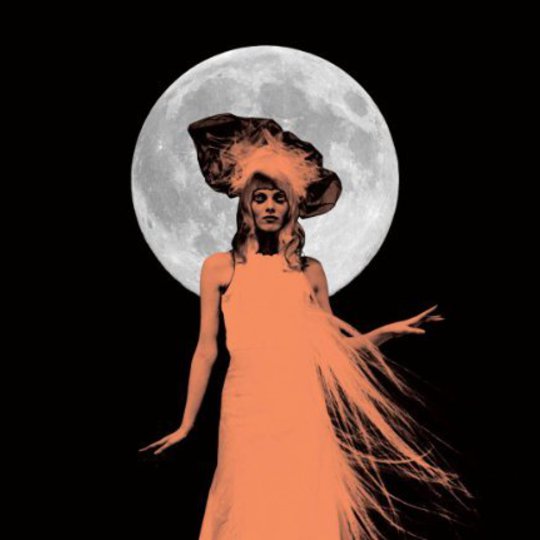 I’m trying to think of a parallel, or at least an album that could help to set the scene, not just for the introduction to Karen Elson, but to help describe what she is trying to communicate on record. The best example I could come up with is Dusty Springfield’s Dusty in Memphis. Stay with me on this….

Karen Elson, born in and raised in Oldham, picked up by a modelling agency aged 16, lives the jet set lifestyle, samples many different cultures, meets a love interest, love interest happens to be Jack White, settles down with Mr White, decides to release an album. That’s the life story of Elson, in a nutshell.

And the Dusty thing? Tenuous, but hear me out. Elson is channelling one part of the Tennessee sound, it’s not a natural sound for her, not something she was raised in, however... Dusty did the same when she tapped into another root that runs deep under the state of Tennessee. Springfield was able to conjure something magnificent from new surroundings by embracing new influences. Elson, a wealthy worldly woman goes all small town on us, singing songs about the simple life; like Dusty she attempts to tap into the local well, only from the evidence of this album it appears there is much more soul in Memphis than in Nashville.

Let’s not beat around the bush, the reason why this album saw the light of day is undoubtedly Jack White. What role does he play on this record? The short answer to this question is that he plays drums, and produces. Nah, he ain’t no Jerry Wexler but the album is confidently branded with the stamp of the approval that those seasoned to White’s ear for authentic, classic sounding production come to expect. The album sounds like it could have been recorded anytime between nineteen sixty something and 2010, with White replicating the tricks he’s used on the majority of his own projects. But is White the puppeteer controlling his red headed wife?

According to Elson this isn’t the case. White merely acted encouragingly. Elson in her own right has worked with Robert Plant and Cat Power, so she has some pedigree as a musician. The problem she faces is that this album is more like a piece of theatre, with Elson playing the Southern belle. In many ways she’s an imposter, with her voice sounding forced and unnatural; at times she’s carried by her players – who include Meg White’s husband and Patti Smith’s son – Jackson Smith, the guy that looks like a sex offender from The Raconteurs and Carl Broemel from My Morning Jacket.

The whirring, bar room hum that introduces the title track creates a disorientating atmosphere, imagine the clock ticking into the early hours, with whiskey voices chatting as a seductive chanteuse coos from the corner stage. Using her experiences of dallying in the cabaret clubs in New York City, Elson is able to create an imagined reality. It’s a positive start with Rachelle Garniez’s sterling work on the accordion (claviola?) a stand out moment, not just on the opening track but throughout The Ghost Who Walks. Trouble is, after the opening song Elson seems to abruptly let go of her interesting cabaret influences.

It’s important to mention that there is nothing personal on display here; like her husband Elson revels in privacy, preferring instead to present an alter-ego. A cover of Rachelle Garniez’s ‘Lunasa’ brings all the faults of Elson the musician to the surface. If you wear a mask when you perform, and that mask doesn’t fit then you potentially risk exposing yourself as an imposter. It’s hard to tolerate the yearnings of an imagined country sad ballad girl, and for long stretches, listening to this album feels like you are hog-tied and forced to sit through a marathon of Little House on the Prairie episodes.

Elson borrows and interprets, taking tales from southern novelists and country folklore. On ‘Stolen Roses’ the melody of folk staple ‘Strawberry Fair’ is given a rustic twist. ‘1000 Years From Now’ wobbles like the wheel on a stagecoach as it staggers along on an ungainly waltz. The fiddle dominated ‘Cruel Summer’ follows a very similar lyrical narrative to Dolly Parton’s ‘Jolene’, substituting “flaming locks of auburn hair” with hair “black like the storm”. ‘Mouths to Feed’ is arguably the strongest moment of the album, with derelict violins lamenting the poverty and the fields no longer fertile. One might say that it is a bit rich for a millionaire model to be singing about plight and suffering, but we must remember that this album is a work of fiction.

I wouldn’t go as far as saying that Elson’s debut is a flight of fancy, but it just doesn’t engage the listener in any meaningful manner. An engaging artist should be inviting you to step inside their bubble, they shouldn’t really need you to stand outside and wait for the pop. Elson comes from a vacuous, empty industry. In an attempt to show that she is literally more than a pretty face she presents a side of her personality that isn’t even real.