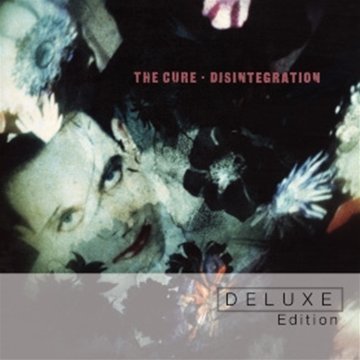 There will be a cheaper, single disc edition of this album within a year. That album is a 10 in anyone's language. This over-fluffed deluxe edition is only an...»

the cure's seminal 8th album from 1989 has come of age and polydor are proud to announce the release of the 21st anniversary edition of 'disintegration'. digitally remastered by robert smith at the soundmasters, london, this 3cd deluxe edition of 'disintegration' is a must for all cure fans. disc two contains 20 previously unreleased rarities including 4 previously unreleased songs. disc three contains the entreat concert remixed and remastered and restored to its original 12-song running order.
description from www.roughtrade.com