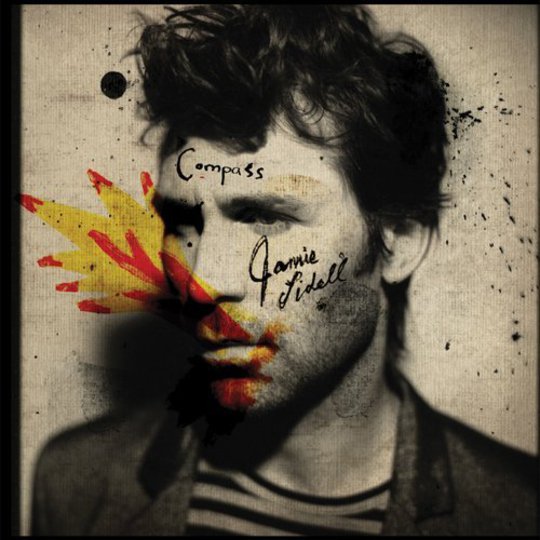 Pitching up on Warp certainly makes people take notice. The electronic label was hardly a bastion of funk and R'n'B, but then Jamie Lidell always had plenty going on to set him apart from the retrogressive soulmen. Yet nothing could stop the sense of general befuddlement that met his arrival. It was splendid moments like 'Multiply' - when the snoopy jam of ‘What’s the Use’ melted into a block-harmonized middle-eight, with added honky steel drums and all sorts more sparkly adornments - which should have commanded your attention. You couldn’t help but feel, like a half-remembered Lennon anecdote, that there was much more going on in this guy’s head than he could possibly hope to lay out in a studio. What wasn’t accepted was that funk, that sweet, that nasty, that gushy stuff. Because, as well as a songwriting intellect beyond his years, Lidell has a penchant for those melodic erogenous zones - something he has honed further still on Compass.

Over three albums Lidell's rich, self-assured voice has reigned, reaching a rare type of ownership not often heard in a white British soul singer. His schtick is worth all the anguish and the passion so intrinsic to this rhythm and blues music - he sings like this because he can.

Using the breadth of the black American canon as his startpoint, Lidell rocks back and forth along the sonic timeline. The sound du jour is a sludgy Muddy Waters-type rumble and a crackly kazoo-via-vocoder motif – a couple of neat revisions that add more trademark to Lidell’s bustling palette. What follows is freer, looser and Lidell’s most singularly authored LP. Concentrating on business from his end, rather than slinging raw cuts to co-songwriter Mocky, Compass is a canonical and emotional seasaw.

The near a capella opening verse of ‘Completely Exposed’ barely settles into its late-night answerphone gargle before the Muddy dirge is unleashed. When the fug gives way Jamie is exposed by the sparse backdrop: “Sometimes I just can’t stand to be/Standing in my own reflection”, before a familiar anarchic dialogue returns. Lidell's voice is still strong, but has all the cracks of age and vulnerability. Compass isn't all anguished introspective, and delivers on breeziness too. ‘Enough’s Enough’ hits analogue textures that Mark Ronson could only dream of, its chunky-plucked bass and flute-line hopelessly in deference to the Jackson 5.

Feist, Beck and Chris Taylor of Grizzly Bear all played a part in Compass, though only Beck's kitchen-sink style is particularly noticeable. It's true Lidell darts from one scene to the next, and not every moment earns its place. Yet it all makes a curious kind of sense in Compass' vivid canvas. Quality control could always be encouraged, but that could just as easily dull Lidell’s star. Indifference is nipped in the bud with heady breakdowns, ‘I Can Love Again’ lathering on the lovelorn sentiments in two lip-quivvering minutes.

Finishing up is ‘You See My Light’, a finely-crafted folk song worthy of Bonnie Prince Billie, and a poignant endnote on a rickety ride. Exposing himself more than ever Lidell whispers: “You see so much in me/But I see nothing left at all/And I feel you lifting me with an open hand/And I want to trust my self in your open hand/ and in this moment I understand/How much I love you." His parting line cracks into virtual nothingness. Jamie remains a curious cat and Compass won’t change that - but this is a gripping addition to the work of a singularly compelling artist.