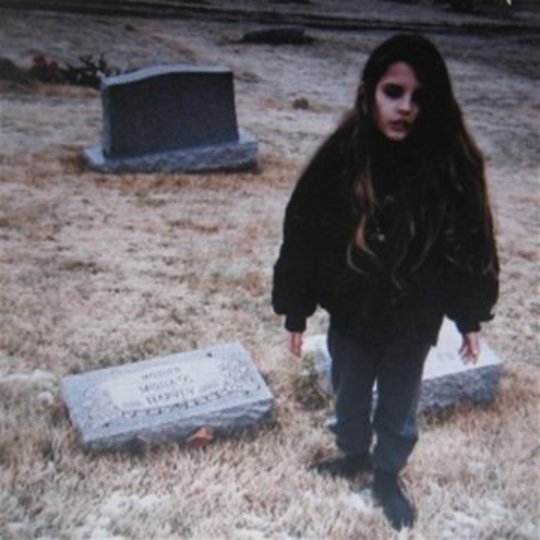 Every punk goes pro one day, and Crystal Castles are no exception. Upon emergence a couple of years back, Alice Glass and Ethan Kath came and glared at the world with the cynicism of Lydon, the nihilism of The Germs, and – in their harder moment – the brutal electronics of Atari Teenage Riot. Debut album Crystal Castles was a belligerently stitched together mix of chipcore fury, vaguely Satanic electro-pop and meandering ambient workouts. Even five years ago it might have only found an audience of about five 'troubled' European teens. In the heady days of 2008, however, teenage lifestyle brands Skins and NME cheerily latched onto ‘Alice Practise’ – CC’s most brutal, fuck-the-lot-of-you moment – and packaged it as an essential anthem for Top Shop shod-youth. There’s nothing really wrong with that, but when your harshest musical moment has been installed as soundtrack to a scene in a teen soap in which two boys get in touch with their feelings, and when you appear on said teen soap playing said song, it’s going to look sussed if you play the rebel card on your second album.

Crystal Castles (as said second effort is irritatingly also called) is a far more cohesive, integrated, and, indeed, professional affair than its predecessor. Glass and Kath actually made the album together this time, but the change goes deeper than simple unity. In its most memorable moments Crystal Castles (the first) really did have the raw, up close, ranting in your face feel of a punk record. Its successor, however, is distanced, a more homogenous part of the electronic firmament, songs for dancing, not fighting. There is some rage: ‘Fainting Spells’ opens the record with screams of feedback, though they swiftly simmer down, while ‘Doe Deer’ is the obligatory sub-two minute squawk of wrath. Tellingly, though, the martial surge of its heavily distorted synth line is a sample an old song, the unreleased ‘Insectica’ - it’s not the sound of Crystal Castles then, not now.

For that you should look to single ‘Celestia’, on which angry bleepery is abandoned in favour of icy undulations of synth and a high, gentle vocal from Glass, quite unlike anything on the first record. “They can’t hurt you now” she sighs just before the cold eruption of the chorus, a ravey crescendo of sound that nonetheless remains entrenched in the minor key. It’s pretty and sad and – thanks to a distorted second vocal line – just weird enough to avoid drawing too much attention to the fact it is, in fact, a pretty polished piece of music. ‘Baptism’ drifts around the same terrain, old skool synths churning away in notionally uplifting fashion, but with just enough space and sorrow in the arrangement to avoid being actively feelgood.

It’s cleaner, more communal music than anything offered before and in fact, the more you listen, the more Crystal Castles (two) really does seem to owe to the second summer of love. Only, if it makes any sense, without the love. The music is dynamic, danceable and largely based around swelling arpeggios of stabbing synths, but it remains resolutely cold, major keys avoided. ‘Intimate’ actually sounds more than a little like Moby’s ‘Go’ deboned of the cheesy bits. In fact oddly enough the best visual metaphor for much of the record is this.

It's a smoother ride, but certainly Crystal Castles remain pretty perverse, even in their professionalism. ‘Year of Silence’ is magnificently ominous, Glass (or possibly a sample) muttering a line from Sigur Ros’s ‘Inní Mér Syngur Vitleysingur’ over and over like lunatic babbling blankly in her cell. ‘Birds’ churns with shrill horror, muffled thuds and a maddening shiver of synth suggesting something horrendous happening in the next room up. The closing ‘I am Made of Chalk’ perfects the bejewelled, Eno-ish wash that they ballsed up so tediously on the previous record’s ‘Magic Spells’.

So yeah, it’s pretty good, but as with any punks gone pro, Crystal Castles have lost something – attitude, fire, aggression, danger; the usual stuff. Massive choruses, emotional wallop, musical experimentalism and better craftsmanship are the usual substitutes, and they can all be found here to some extent. Is it enough, though? I can't really shake the feeling that obnoxiousness was always the point of this band. It probably still is live, and it is easy to remember the first album as harder than it was, but still, there are some seriously dull patches in the second half of this record - certainly 14 tracks feels supremely indulgent. Still, the snoozy likes of ‘Pap Smear’ aren’t really enough to torpedo the stronger material elsewhere. Crystal Castles may have lost some of the old romance and enigma, but turns out they’re good enough songwriters to get away with it, at least part of the time.