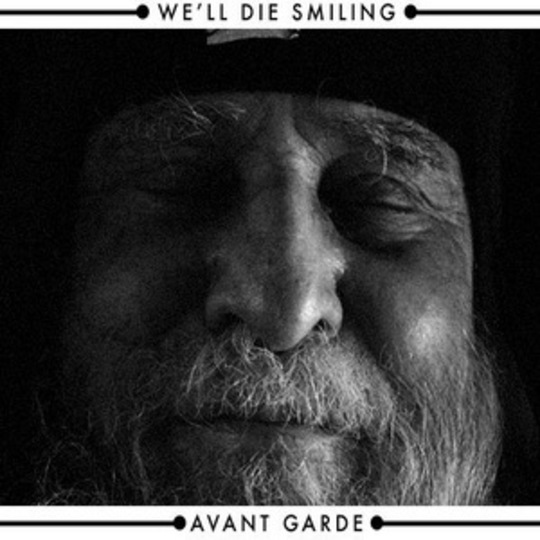 A few weeks ago, the whole of the internet was buzzing as rumours circulated that a certain post-hardcore band were reforming to curate ATP. It turned out to be a load of rubbish as we all should have realised, but it did remind us of At the Drive-In's perennially 'lost missed' status.

Well, fret no more friends. For if you were one of those folks bemoaning the lack of bands who had that uncanny ability to mix rich instrumentation, wailed vocals and math-rock in a way that somehow managed to sound totally natural then your new heroes may have arrived.

Much like everything else I’ve so far heard on Holy Roar, We’ll Die Smiling arrive sounding like (more or less) the finished article. This brief, energetic four track EP is over in 11 minutes but hidden away inside are ideas and songs far grander than their running times suggest: 'I'm Not Causing Chaos; Chaos Caused Me' mixes an initially intricate, tuneful guitar line with blistering stop start drumming and blood curdling vocals seamlessly; 'Interdisciplinary' teases a full on breakdown for its opening minute, before a deep, layered wall of noise hits you square in the face interspersed with what could very nearly be described as a tune; 'Matthew Is Magnetic' very definitely has one at it’s heart, though it too is hidden under a wealth of intricate musicianship and ire; lastly, 'Yeah, You Got That Manflu Down' is a brief but relentlessly heavy assault on the senses, showcasing the band's harder side throughout.

What is truly wonderful about the whole EP is how rich and well-produced it is; moments such as the point where the tone totally transforms 1:01 into 'Matthew…' as the lush guitar comes in sounding fully formed and authoritative; or the latter half of 'Interdisciplinary' as the harmony chugs away violently under the drums and guitars, reverberating in and out of focus.

Early signs suggest that this Yorkshire trio share their forefather’s ability to combine explosive guitar, ear-shattering vocals and staccato rhythms to great effect. But if anything, the sheer technicality and precision on show here suggests that rather than being a band looking backwards, they’re an entirely modern day force.