...and they have escaped the weight of darkness 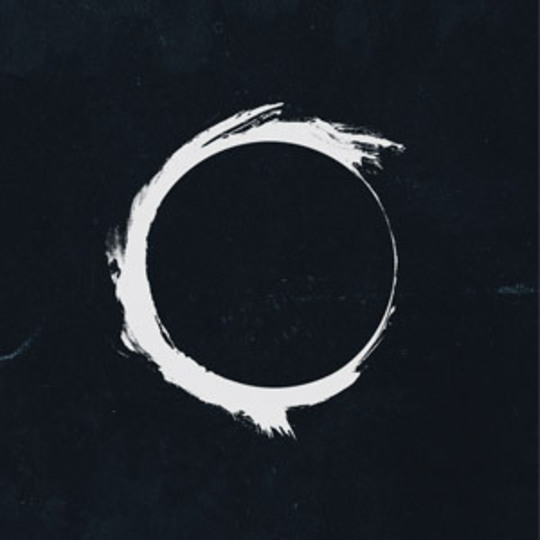 Receiving my promo copy of Ólafur Arnalds' latest full-length in the week that the unpronounceable Icelandic volcano erupted and spewed molten rock into the surrounding environs and ash much further afield could barely have been more apt. Being of that island country, this man's music resonates much more so than usually, as does its title and the themes contained within, which are largely related to the inevitability of the emergence of light after dark. At the age of just 23, what we already have discovered is an artist of immense maturity and, for a change, it is not a maturity evident lyrically, but purely in the composition of his works.

There has been a wave of Icelandic songwriters with angelic and sometimes otherworldly voices accompanied by delicate instrumentation but don't be expecting such things from Ólafur, as this young man is not in the trade of spoken language. However, Arnalds' cousin – the oft confused Ólöf Arnalds – does do this, so take a listen. It's clear that words are not needed to tell a story, and Arnalds' tales are told in chords, cadences and crescendos. As you would expect from an album in the neo-classical genre, ...and they have escaped the weight of darkness is not a 'dipper', worthy though the individual segments are. It is also not merely a collection of works. It is a work, singular and whole.

As the title and sleeve notes by Ólafur himself suggest, these nine tracks deal with the positive but not in a way that is showered with optimism, more of the kind that grows from less certain, melancholic times. The oozing, gradual release of this not so literal dark cloud, enhances its effect. The smooth transition between opener 'Þú Ert Sólin' and 'Þú Ert Jörðin' ('You Are The Sun' and 'You Are The Earth') starts with heavy minor chords before hatching into a movement within which hope abounds. It is not a sudden tidal wave of emotion laid on thick, but a glacial melting of mournfulness.

The sparse start moves over to the densest and most upbeat passage, as 'Tunglið' sprouts steadily from humble beginnings to the ever-present slowly bowed low strings and the engine room – the drums. Throughout this record it is when the skins and sticks meet that things truly take shape, giving all present in the periphery a definitive outline and direction. The electronic elements of his previous releases are now all but a whisper.

If it's not the changes of pace which draws you into the heart then it's the intensity. Each and every time I've entered the world painted by Arnalds I've found it hard to leave, to stop listening to make dinner, make a drink or do anything. Each time that the slow progression of 'Loftið Verður Skyndilega Kalt' comes to its highest point, my breaths have morphed rhythm, lost in unison with the strings as they swing back and forth. Yet, if your breathing is not so involuntarily hijacked, then there are plenty more mood changing moments throughout and one short, slight embellishment in particular is hard to rival. A lone string slide in 'Undan Hulu' takes a more lethargic route between notes than previous phrases and that is it, the heart goes and so nearly do the eyes.

The form of Arnalds' work is nothing if not reflective and, as this navel gazing is a practice commonly engaged in it's easily to relate to. But it is not just the contemplative which is a joy – the previously mentioned transitions are the true moments which mark ...and they have escaped the weight of darkness's outstanding quality. Whilst traditional songs may give us something to relate to in a turn of phrase or verse, here we are offered the comfort of a variety of emotion, some of it found in familiarity. Upon the release of his full-length from last year, we said: “If Dyad 1909’s accomplishments serve as any indicator, his next full-length is likely to be a definitive statement.” For Arnalds to be defined by this alone would be no shame at all though, given his career ethic to date, it's not a possibility that he'll ever settle for.