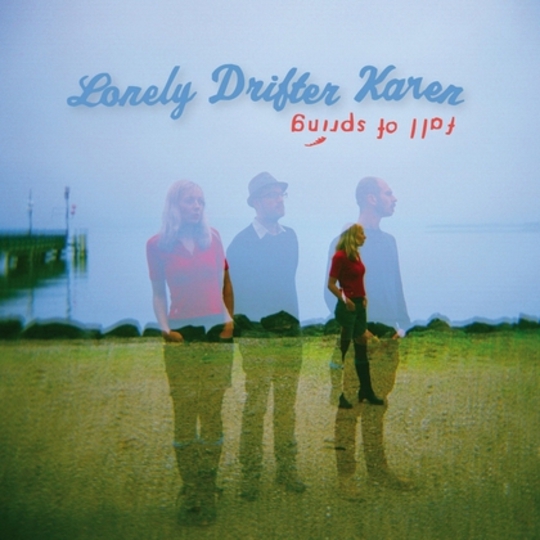 Pan-European trio Lonely Drifter Karen take their name from the woman who joins a group of people pretending to be mentally disabled in Lars Von Trier’s 1998 film The Idiots. In some ways you can see the connection, for on their 2008 debut The Grass Is Singing, frontwoman Tanja Frinta affected a childish persona that, whilst not exactly idiotic, was certainly overly cutesy and almost creepy coming from a 28-year-old woman singing in a simpering voice like she’d just removed a dummy from her mouth.

Yet in other respects, Lonely Drifter Karen and Von Trier’s film couldn’t be further apart. Upon its release The Idiots sparked controversy not just for its depiction of disability but also for a notorious group sex scene. The Grass Is Singing was so coy it sounded as if the only orgy you’d find Lonely Drifter Karen at would involve nothing raunchier than overeating ice cream. The only people they were likely to offend being those with an allergy to twee. But, more to the point, where Von Trier’s film was made within the ascetic aesthetic parameters of the Dogme 95 manifesto – which specifically prohibited any special effects or narrative trickery in an attempt to preserve realism – Frinta’s treacly tones and the equally syrupy melodies made Lonely Drifter Karen as soft focus and soppy as the most emotionally manipulative Richard Curtis rom-com.

Still, for all that, The Grass Is Singing had plenty of genuine charm beneath its sweet veneer, not least in the beautifully evocative gypsy folk and Parisian jazz arrangements, mapping out a musical travelogue which perfectly captured the romantic mood of setting off across Europe in the company of Frinta and her two kooky companions, drummer Giorgio Menossi and keyboardist Marc Melia Sobrevias. By the end of The Grass Is Singing, it felt like you were saying farewell in some cafe by the Seine, and with Fall Of Spring we return to find them in pretty much the same place. A peripatetic band by nature – the Austrian Frinta meeting her two partners in Barcelona after moving to Spain from Sweden, with her and Sobrevias now having relocated to Brussels – Lonely Drifter Karen have toured all over the continent in the last two years, yet seem to have picked up nothing new apart from a supposed newfound penchant for ‘rocking out’. That means there’s now a bit of electric guitar in ‘Dis-In-Formation’, though it still makes Norah Jones sound like Lydia Lunch.

Indeed, Jones and possibly Joanna Newsome would appear to be the only artists from before 1950 that Lonely Drifter Karen are even aware of. The vast majority of their second album is as sepia-stained as a photograph of the sort of travelling Romany band or Forties cabaret performers they clearly wish to be. Frinta still sings like a woman whose major woes are more likely to be being pricked by an enchanted spinning-wheel or losing her magical talking bunny rabbit than anything anyone over eight years old could actually relate to.

But it would still take a heart harder than the wicked witch’s not to melt slightly at a track like ‘Russian Bells’, with Frinta singing excitedly about waiting "to meet you at the station" before the strings and chorus lift you like the first sight of a long-lost friend stepping off the train. Admittedly, there are occasions when Lonely Drifter Karen’s sunniness simply becomes oppressing, ‘Show Your Colours’ not only has cheese-laden lyrics about cycling through Paris but then over-eggs everything even further with bells and whistling. However, too picture postcard pretty as it initially seems, a darker tone passes over the latter stages of the album like a cloud creeping over the hazy childhood summer. ‘Side By Side’ is a litany of memory and regret recited over an elegiac waltz, whilst the closing ‘Seeds’ is more touchingly wistful than cloyingly winsome. Yet it's ‘Wonderous Ways’ lyrics about feeling "like a child again", carried along on a melody that reminds us that nostalgia is as much about the melancholy remembrance of things past than celebration of carefree days, making the sugar, spice and all things nice just a little more savoury.