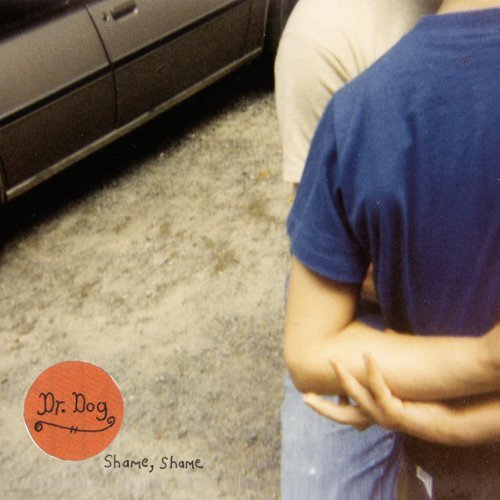 There’s nothing on Shame, Shame to worry those already converted to the Dr’s cause that they might have made a mistake in proclaiming them to be one of the finest Americana acts around. »

dr dog release their anti-records debut, 'shame, shame'. as a band that has traditionally built their spirited albums layer by layer in the undisturbed seclusion of their philadelphia home studio, dr dog realized that they would need to face the challenge of working in a professional studio and enlist the help of an outside producer (rob schnapf) if they were to continue their album-by-album evolutionary growth. the end result is the band' most openly autobiographical release to date and peels back the layers of strings and horns of past albums to emphasize the raw immediacy of a tight unit honing their craft. the stylistic reference points of dr dog remain on 'shame, shame' but with a darker tone. it's an album whose themes of doubt, confusion and unanswered questions are soothed by bright harmonies, taut guitar riffs and soaring melodies. from beginning to end, 'shame, shame' is a record destined to claim its place on the timeless margins, untouched by modern tastes and content to exist on its own terms. it is the auspicious sound of dr dog writing their exciting next chapter, one they've been working towards since they played their first notes together. for fans of wilco, the shins, spoon, sufjan stevens, modest mouse and flaming lips.
description from www.roughtrade.com