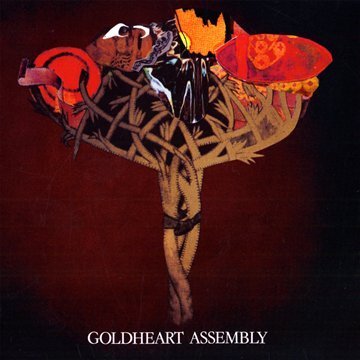 The Goldheart Assembly - Wolves and Thieves

There’s a sense that Goldheart Assembly are a band out of step with what’s going on around them, in the best possible sense. »

goldheart assembly release their debut album 'wolves and thieves' on fierce panda records. and you can't say it hasn't been a long time a' coming: since forming at the close of 2008 the sextet have spent much of their spare time carefully nurturing an ebullient live fanbase via the bbc introducing stages at glastonbury and reading / leeds and ravishingly received performances at latitude, the camden crawl, swn and in the city, not to mention a mini-tour with the low anthem and a sold out borderline in october. all this off the back of little more than one limited 7" single release, 'so long st christopher' on heron recordings, and the sort of seemingly carefree approach to live performances where the charm comes first and the tunes impact later. fittingly then 'wolves and thieves' was recorded by the band themselves in a makeshift studio amongst the old steam engines at the forncett industrial steam museum in norfolk in the middle of 2009. it was then finished and mixed with laurie latham (echo and the bunnymen, squeeze, ian dury and the blockheads) at helicon mountain studios in greenwich. the key to goldheart assembly could well be that they are music lovers first and wannabe rock stars second. this means that they can be playful, even knockabout in their approach to live shows but in the studio there is fearsomely disciplined side which pays minute attention to the details of the drum sound, the hum of the harmonies...the near-invisible things that the passionate musician dwells upon. and this means that the likes of 'hope hung high', 'the last decade' and lead-off single 'king of rome' can sound epic without being pompous, poppy without sounding trashy and blindingly cool with apparently very little effort. the end result is a timeless-sounding but extremely modern rock record which combines that charm and those massed harmonies with a mischievous sense of noise and a beguiling way with a massive lighter-waving chorus.
description from www.roughtrade.com