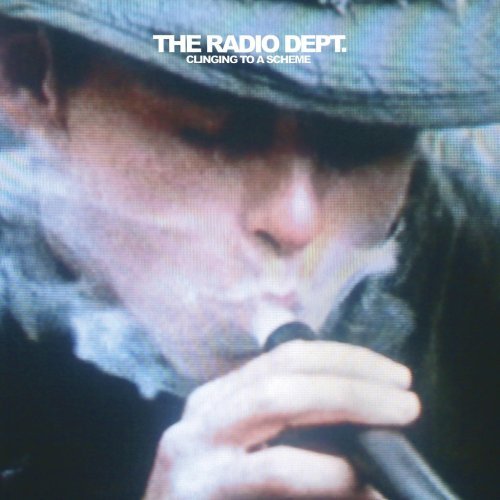 The Radio Dept. - Clinging to a Scheme

It’s every bit as good as Pet Grief and confirms The Radio Dept's skill at song craft and aesthetics, easily marking them out from buzz artists like Toro Y Moi, Washed Out or Memory Tapes – guys who sound great, but haven’t quite got the chops yet to write a genuinely great album. Radio Dept have written three now, and you would hope they don’t have to wait another four years for people to pick up on them.»

mainstays of the swedish indie label, labrador, the radio dept. follow up their 2006 album, 'pet grief', with another set of songs that mine blurry, shoegaze atmospherics, and stuttering, new wave inspired synth-pop. the band's audience grew exponentially with the inclusion of three of their songs in sofia coppola's film, 'marie antoinette', but their sound seems more at home in 2010, where increasingly innumerable 'glo-fi' and 'chill wave' bands are running crackling textures over melancholic remembrances. however, 'clinging to a scheme' also incorporates more political lyrics, a response to sweden's election of a conservative prime minister, frederik reinfeldt, adding another dimension to their sonic excursions.
description from www.roughtrade.com