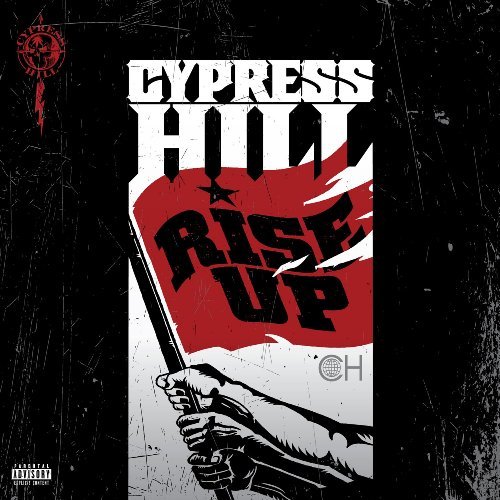 If hip hop has taught us nothing else it’s to keep… it… real, but Cypress Hill seem to have forgotten lesson number one. Hmm, must be all the shit they’ve been smoking… »

cypress hill is one of the most successful and influential hip-hop / rock groups in music history. they've headlined lollapalooza, been named 'best rap group' by rolling stone, collaborated with the likes of pearl jam and sonic youth, hit number one on the billboard top 200 albums chart and have had their music licensed for a plethora of tv shows, commercials and films. 'rise up' includes 'armada latina' featuring marc anthony and pitbull and the incendiary title track, 'rise up', which features rage against the machine / street sweeper social club's tom morello. the famed guitarist co-wrote and co-produced the song 'rise up' and appears on a second track titled 'shut 'em down.' ingeniously crafted, the collaboration on 'armada latina' brings forth the strength and presence always commanded by cypress hill. the track breathes life into the album in a musically diverse way. "it was great to work with my longtime friends and comrades cypress hill on these two monster rock tracks," says morello. "cypress are back with a vengeance!" the follow-up to 2004's 'till death do us part', 'rise up' was recorded over the course of the past three years at b-real's studio, the temple, in los angeles. "making this record was so much fun," says sen dog. "it felt like the first record we ever made together. we recorded whatever we wanted to with no musical boundaries. and having the chance to work with one of my favorite guitar players of all time, tom morello, was amazing. i always knew we would make some kickass music together." "we took a little break after the last record to work on individual projects," adds b-real. "both sen dog and i wanted to put out our own solo records, which we had been working on for some time. and though we were doing other things, we each kept ideas in mind for cypress hill and would go into the studio periodically to record. it was great to work at our own pace and without a deadline hanging over us. we'd get together at my studio and record whenever we felt that burst of creativity. it was an amazing way to work and resulted in what i think is our best record yet."
description from www.roughtrade.com