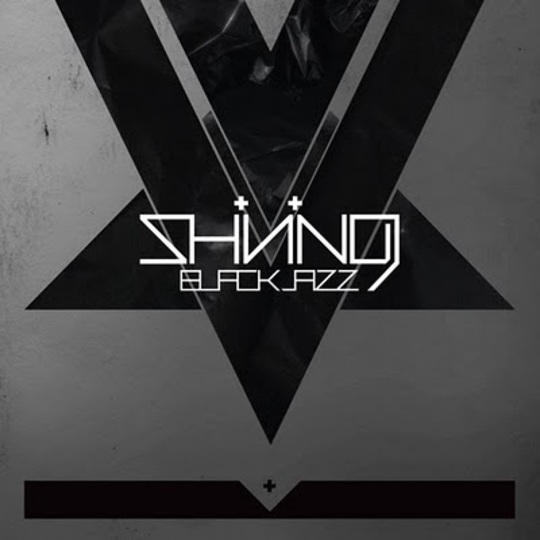 Journalists, critics, hacks – whatever you want to call the people who make a living (or not) from writing about music – often get criticised for seemingly 'not having listened to the record', or at least multiple times. I'll be honest here: I'm writing large chunks of this review without having even got to the end of the damned thing. With Norwegian collective Shining's aptly titled Blackjazz, you don't really need to, such is the immediacy – whether negative or positive.

Recording and writing these nine chunks of extravagant noise-whacking must've sent them at the very least marginally unstable and, at the most, dangerously so. Given that, of those nine tracks, two are named twice, it's probably a decent indication of the levels of sanity which Shining convey in their frantic clusterbomb fusings of a variety of musical styles. I don't know if much of it could be classed as 'showing off'; it probably could, but some of the musicianship contained within is expressive and impressive in the extreme. The opening onslaught is titled 'The Madness And The Damage Done', which is about as indicative as it comes of what to expect when you come to press play. It's a constant reminder, not that one is particularly needed.

Nor can you escape the subtlety in many of the album's movements, which are at times seismic, something no doubt brought through from their earlier, less-heavy more-jazzy works. That may sound ridiculous from a record which is roughly a gnat's moustache away from forcing faeces out involuntarily, but it is no fallacy. 'Exit Sun' (the latter) is but 57 seconds among a collection of compositions across which the concept of time doesn't seem to have infiltrated, and it's a punchy burst of percussive rat-a-tats via a prolonged crescendo and rather more curt diminuendo. It acts as the record's sorbet, cleansing the opening 20 minutes with repetition as much as anticipation. Which is needed, because the intensity only increases in a less buckshot-in-your-face kind of way, as the briefer, better and second track to be named 'The Madness And The Damage Done' lays the latter-half of Blackjazz's cards on the table, reproduced throughout. 'Blackjazz Deathtrance' itself needs little explanation, though the final ten seconds of the near 11-minutes represent what could only be framed as the final few painless moments of existence.

As far as stitching the whole thing up goes, a new high is reached. You may think that King Crimson's epic '21st Century Schizoid Man' doesn't require any reworking, or that to do so would be foolhardy. You would, however, be proved fatally wrong in thinking that. What Shining do to it is marry the song title with the sentiment they express in their reworking, though 'marry' may seem like a redundantly friendly verb to use. It's realistically the only and most fitting way things could come to a halt. Like the scrawny kid at school who one day takes up weightlifting, gets hella hench, gets caught up in steroids, ends up with a neck the size of a wardrobe and a scrotum the size of a walnut. '21st Century Schizoid Man' represents his roid rage. And possible eventual death from a cardiac arrest or some other heart-related disease.

Here we have a record which will, at the very best, leave a lot of people perplexed. Making music this extreme and devoid of anything approximating 'pop' will have that effect. For better, or for worse. Despite that, though, there remains the elements of appeal – everything is screeched and stretched to fill the maximum possible volume and mass. You could tone it all down a few touches and be left with something that isn't completely off either end of the radar, but that would absolutely destroy the singular point of it all. Shining may not have completely killed the jazz overtones from their repertoire with Blackjazz, but they've sure as hell made a mutant of it and noise. Theirs is a career of true progressiveness, in every sense of the word. What was hinted at in parts on 2007's Grindstone has been, bettered, battered and even bludgeoned. Chalk up another one for Norway, then.