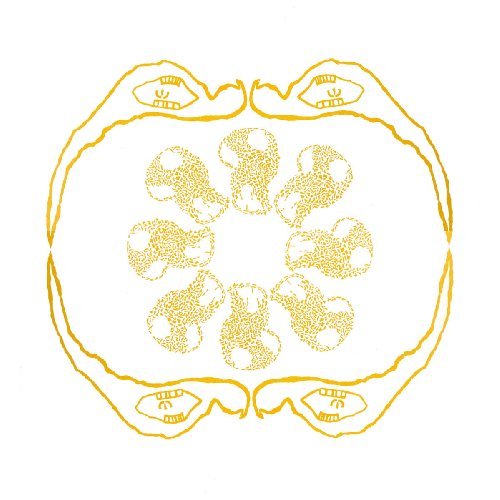 'sea voids' is limited to 1,000 copies worldwide and comes in a custom fabricated jacket silk-screened with metallic gold ink by crosshair in chicago. included is a free mp3 download coupon! in the summer of 2008, the three brothers in pontiak issued a split 12" with arbouretum called 'kale' as their first release on thrill jockey. shortly thereafter the label re-issued their second album 'sun on sun' (originally sold only on tour), and their third album 'maker' quickly followed. having spent the majority of that year on the road, pontiak were quickly establishing their reputation as an ear-splitting live band with a galvanizing onstage presence. pontiak wrote, recorded and mixed 'sea voids' in eight evening sessions over the course of three weeks. the brothers sketched out what kind of album they wanted to make, visual, expressive, and inspired by what the brothers had seen. when they returned home from tour they had just four weeks to write and record the album before disembarking on a european tour. they spent many long nights with amps blazing into the summer darkness, drums echoing off the surrounding hills, working to finish. they tuned the bass and the guitar down to b, cranked their amps and let the air open up. hardly any distortion pedals were used. it was just loud. pontiak finished 'sea voids' the day they left for europe. the record benefited greatly from the work of richard prince and chris burden, and to them the band gives a huge thanks. the band are constantly touring, having played shows with harvey milk, earthless, ocean, grails, white hills, and psychic paramount, and, never ones to rest, the carney brothers are already hard at work recording their next album before getting ready for another european tour in early 2010 with labelmates white hills.
description from www.roughtrade.com