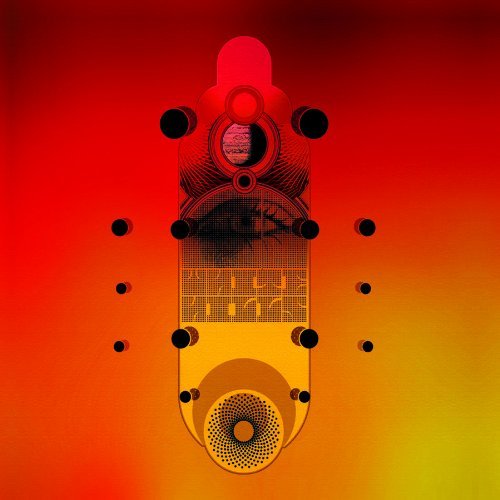 It’s deeply enjoyable and more often than not thrilling to hear a band mouthing “We don’t care” over and over before showing two riff shaped fingers to the naysayers.»

formed by dave w on guitar and ego sensation on bass, white hills are an ever changing entity and always striving to push the envelope. 'heads on fire', out of print on vinyl and cd, was thrill jockey's first white hills release in partnership with london' rocket recordings. the album winds through a sonic maze a la hawkwind, with a nod to the more gritty fuzzed out playing of mudhoney. the out of print 'dead' ep that followed explored more drone heavy territory and textured soundscapes. recorded over the course of three days in the summer of 2009, basic tracks for the album were laid down at the ocropolis, oneida's studio located in williamsburg, brooklyn, with all drums on the album played by kid millions of oneida. later some overdubbing, vocal tracking and mixing were done at 60b in manhattan. in contrast to previous recordings that were very rigid and adhering to the rehearsed versions, this self-titled album is loose and open. 'white hills' stands apart from previous albums in that there's a certain intimacy to it, a toughness and brutality. in the mind of the band it's a rebirth, a new beginning, and the eponymous title reflects this. 'white hills' is the first white hills album to be released by thrill jockey on both cd and lp. the two versions are not only different in artwork, they are sequenced differently with the respective formats in mind. the cd has three exclusive tracks and comes in a deluxe full-colour mini-lp style booklet. the lp is a limited edition (1000 copies) with two exclusive tracks, and comes in an ultra-deluxe custom printed jacket, silver foiled and embossed, with a download code that includes the cd tracks.
description from www.roughtrade.com