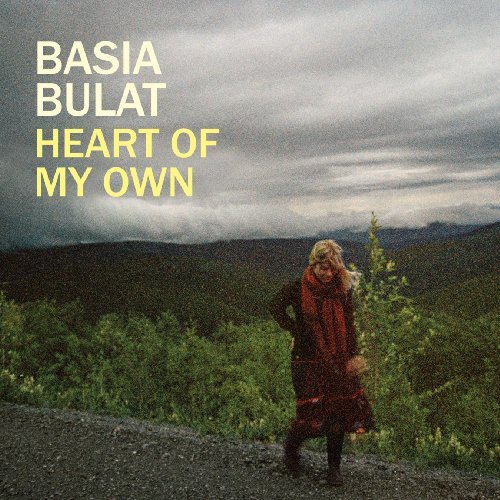 Basia Bulat - Heart of My Own

‘Run’, the second track on A Heart of My Own, is wonderful; a waltzing procession of jangly guitars and see-saw string arpeggios w»

in the spring of 2007 rough trade records released the debut album from basia bulat. entitled 'oh, my darling', the album generated a groundswell of support from both the press and fans alike. npr called the first single 'in the night' "one of 2008's great singles" and spin.com said, 'oh, my darling's lucky thirteen tracks showcase bulat's soothing, throaty voice and her dead-on aptitude for poignant, classic songwriting. from gracefully sad to hopeful and joyous, she exudes an earthy, organic quality to the music's mystic, phil spector-like backbone." basia went from playing small venues to packed out shows across the us and her home country canada where the album garnered a polaris music prize short list nod. baisa bulat commands the room with her raucously arranged songs, infectious melodies, and a voice that is both exuberant and intimate. her latest effort, 'heart of my own', was born after over a year of touring that took bulat across europe, australia, canada and the united states several times over. when it came time to move ahead with the new album basia said goodbye to the road, took the newly penned songs up in her arms and found a home for them on tape. recorded with howard bilerman (who was at control panel for 'oh, my darlin' as well) at the mighty hotel2tango studio in montreal, quebec, nearly all the songs on heart of my own were written while on the road: traveling between cities, crossing the canadian prairies, searching for a place to stop in the nevada desert, trailing through the smoky mountains, standing in the bright dusk of a summer night in the yukon. perhaps most surprising was the strong influence her short time in the yukon had on this album. basia spent five days and nights in dawson city, where for the first time she experienced true silence. "i felt my mind was overwhelmed with ideas. it had been a long-time dream of mine to make it to the yukon, so to finally accomplish that, and for it to be possible because of my music, was also a very overwhelming thing."
description from www.roughtrade.com