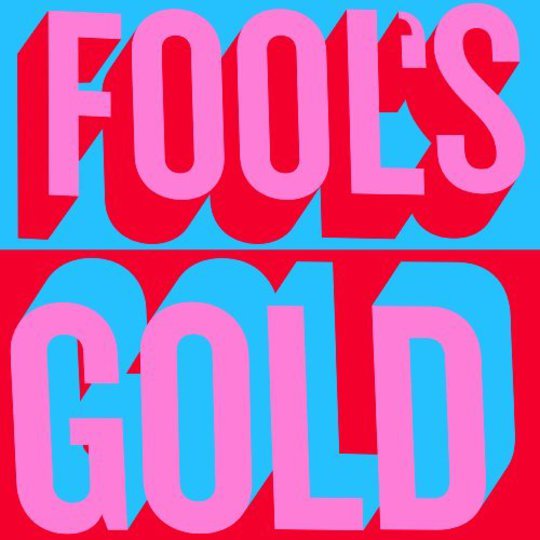 Fool’s Gold are truly a quintessential Los Angeles band. Their members' reach extends from Lewis Pesacov’s Foreign Born to Luke Top’s eponymous band, all the way to the Brad Caulkins playing in Jail Weddings and Jimmy Vincent’s 1,000 bands – you can hardly play connect the dots with L.A. musicians and not hit someone associated with Fool’s Gold on your first try. Sure, Pesacov has been injecting (and boy, do I wish I didn’t have to use these words in this review) African beats and rhythms into his music with Foreign Born for two under-appreciated albums; but Fool’s Gold is taking off where Foreign Born… well, haven’t.

‘Surprise Hotel’, the opener to their self titled debut, is a gem, plain and simple. The opening riff immediately encompasses you with dreamy and sunny whimsy, floating along until the beat joins in and you’re hooked. Sure, the guitar shines brightly but the rest of the collective hardly fall into the background – the rhythm sections join harmoniously to drive the song forward, Luke Top’s Hebrew vocals hovering over the music with an aching quality, and the handclaps mesh perfectly. It’s as close to perfect as Fool’s Gold gets, and this song soundtracked most of the summer for me – ‘Surprise Hotel’ is as luminous and catchy as anything coming out of LA.

'Nadine' is a close second to being best song on the album, the polyrhythm keeping it interesting and providing the backing for the drip-drop bass, while the exuberant horns offset the intense longing arising from Top’s vocals. ‘Ha Dvash’ is as triumphant as the previous two songs – radiant and ripe for finger-snapping in time to the rhythm, Top’s tones melding perfectly with the music, creating a beautiful trifecta of songs to open a very successful albums.

I once read someone say that Fool’s Gold are a body band, not a mind band; at first I agreed, but the more I think about it, the more I feel that that distinction is what splits this album in two. I know, splitting an album with eight tracks seems like an exercise in pointlessness but the first half connects the mind and the body equally, which is why they are such successful songs.

The second half of is just body music and that’s where it falls a little flat. That’s not to say it doesn't work at all. For example, ‘The World Is All There Is’ is a wonderful track live, a perfect set closer with the collective leading some kind of charge with a real purpose (and plenty of chanting and handclapping), but on the record it isn’t led forcefully enough and it slips away a little bit, leaving me feeling a bit lost. ‘Poseidon’ falls into the same trap, but ‘Night Dancing’ is a frenzied tune that couldn’t be better suited to, well, dance in the night time. It’s got an urgency and the whole horn section is used beautifully to create a whirlwind dance tune for the only song on the album without vocals. It's not that the second half fails, just it feels a bit misled, a little out of place next to the monumental focus of that opening trio.

Still, Fool’s Gold have a lot to give – especially live. Fool’s Gold is the sound of a very new collective finding their creative jam force and honing it – to beautiful heights (see: ‘Surprise Hotel’, seriously) that perhaps make the lows seem a little lower than they actually are.