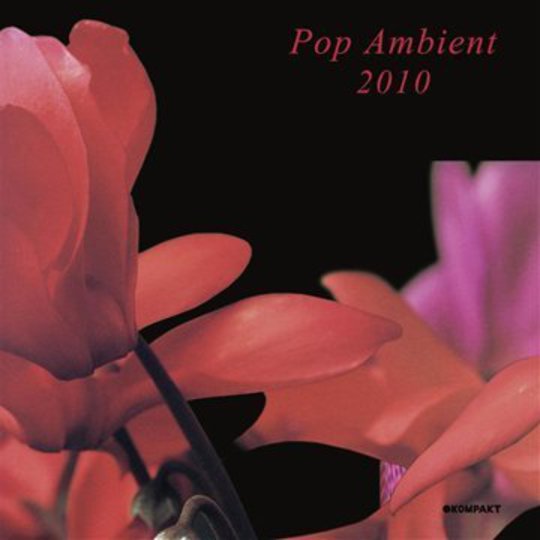 There are those who like to zing the minimal techno movement that German label Kompakt Records has played a part in crystallising and popularising. Their zings quite often centre on minimal's favouring of subtlety and sophistication over sack-out dirty hedonism, and the idea that it's music that evokes an upwardly mobile, It's Grim Up North London-ish bubble of granite worksurfaces and Bang & Olufsen. So far, so irrelevant. Except that when Brian Eno codified the idea of 'ambient' as a genre almost four decades ago, without which this compilation (or the nine annual Pop Ambients before it) wouldn't exist, he was playfully toying with the equivalent social straw men of the time. While you're unlikely to hear any of the 13 tracks on Pop Ambient 10 in a club, then, there are clear links in the chain between them and the pulsing, micro-tweaked loops associated with minimal.

The nature of droney ambient bobbins means (and this isn't intended to denigrate, although some might take that position) that the divide between an expansive canvas of sonic lushness and a plodding, uninteresting clichefest is often quite small, and may involve a narcissism of small differences. Even the odd misfire, like DJ Koze's uncharacteristic flirtation with beatlessness or Triola's 'Schildergasse' - cloudy, flute-led electronics mixed with field recordings of Cologne's shopping district - are unlikely to enrage you, assuming you can get with the ethos of the compilation in the first place.

Marsen Jules is (very) slightly better known as Martin Juhls, an electronica type with output on the City Centre Offices label; 'The Sound Of One Lip Kissing' is the sound of... muted portent, I shall call it. A single digidub drum crash makes all attendant instrumentation shudder over its repetitious five-and-a-half-minute duration, yet even as ceiling plaster dusts your hair, the overall effect remains beatific and soothing. It makes sense to look at this track, the opener, and the concluding 'Will You Know Where To Find Me' by Brock Van Wey, as the album's bookends, as the latter rests on a similarly repetitive, singular dubbed crunch, along with treated opera vocals and galactic hum. I confess to knowing nothing about Brock and, equally, vow in writing to alter this.

You won't have to be too deep in the ambient rabbithole to know some of the contributors herein, though. Even if Wolfgang Voigt - whose releases under the moniker Gas are of paramount importance to the evolution of this subset of music - wasn't responsible for compiling the Pop Ambient collections, he would pretty much be their patron saint. 'Zither Und Horn' is his contribution, and it is indeed prosaically titled - its origins lying in folk, starry-eyed harp twinkling away post-treatment from Voigt and his arsenal of processors. Even more venerably, The Orb chime in with 'Glen Coe'; the links that these beatmangled British eccentrics developed with Kompakt when German producer Thomas Fehlmann joined their ranks continue to give the band a new lease of life, exemplified by this faded-edges delight that could be the work of either Seventies Eno or one of those Flying Saucer Attack-linked 'Bristol scene' bands from the decade before last.

Tracks like Andrew Thomas' 'Clouds Across Face' betray the dual ancestry of the Pop Ambient aesthetic. In the early Nineties, when ambient techno was a fresh and puzzling-to-many thing, the scene had little or no crossover with the sort of lysergic, wobbly drone-rock that labels like Kranky would bring to a greater attention. Slowly, however, a few brave acts - Pan American and Bowery Electric for example - popped their head around both of these doors. Thomas (an Australian frisbee champion, which makes a kind of sense) creates the sort of crackling, aleatory snowdrift music that sounds as much like Windy & Carl as it does Global Communication, which might be a minority-interest pursuit but acts as a kind of signpost for the journey you're whisked away on.

In the sense that there is no obvious recursion to ephemeral buzzword-genres like 'hauntology' or 'hypnagogic pop', this is a fairly trad reading of ambient as it exists in 2010. There isn't anything wrong with that at all, really: it might not rearrange your synapses if you already have half a handle on ambient music, but it serves to highlight some folks who are forging enough beauty and intrigue from the genre to strongly maintain its relevance.