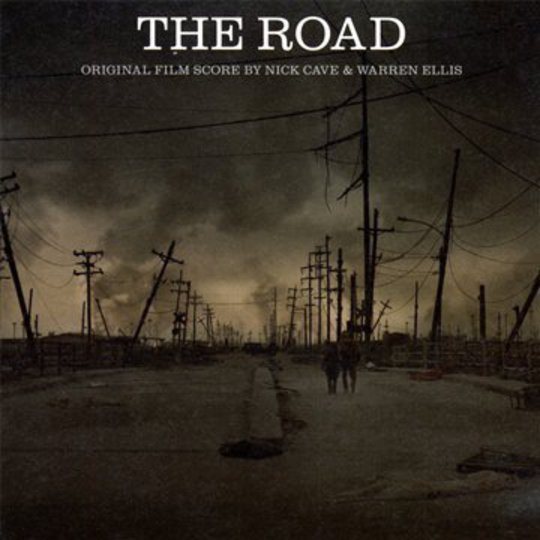 Although the three feature films that Nick Cave and Warren Ellis have scored - 2006’s The Proposition, 2007’s The Assassination Of Jesse James By The Coward Robert Ford and now The Road – aren’t an official trilogy, it is possible to view them as a triptych of recurring themes. Each film has questions of loyalty and family at its core, with characters forced into terrible dilemmas and decisions, and in all three the landscape – be it the implacable vastness of the Australian outback in The Proposition, the ramshackle frontier towns through which Jesse James leads his itinerant life or the blasted post-apocalyptic wastelands which form the background to The Road – looms large. They are all, in a sense, anti-Westerns, where the myth of the noble pioneer spirit dissolves into a murky moral fog that seems to arise from these desolate places themselves.

Those are themes that have long fascinated Cave as a songwriter, and they have also found expression in the books of Cormac McCarthy, the American writer upon whose 2006 Pulitzer Prize-winning novel The Road is based. Like Cave, McCarthy is obsessed with man’s capacity for both savagery and salvation and writes in a style rife with Biblical allusions. But whereas Cave’s work with The Bad Seeds often gives voice to these ideas through florid lyricism and feverish rock’n’roll, McCarthy’s prose – particularly in The Road – gains its power from being so precise and carefully measured. In other words, although McCarthy’s subject matter has much more in common with earlier Gotterdammerung Nick Cave And The Bad Seeds albums like 1984’s From Her To Eternity or the sound of The Birthday Party, his actual style finds a closer musical corollary in the Cave oeuvre in the more minimalist piano arrangements of 1997’s The Boatman’s Call, the first Bad Seeds album which featured Ellis as a full-blown member of the group rather than just a supporting player.

So that’s the natural territory to which Cave and Ellis have returned for their soundtrack to John Hillcoat’s adaptation of The Road, creating a suite of music as bleakly beautiful as its source material. It also fits well with the vague concept of a trilogy by developing and refining the tones and techniques the duo explored in their scores for The Proposition and Jesse James; deceptively simple and stripped-down instrumental compositions mainly for violin and piano which, rather than seeming half-formed without images to accompany them, conjure up vistas in the space between the instruments that are equally as stunning and moving as the actual celluloid scenes they are written to enhance.

And space or absence is the overwhelming leitmotif of The Road, whether in novelistic, filmic or musical form. In some ways, so barren is the landscape of The Road that you might wonder whether a film of the book wouldn’t work better with no music at all, as was the case in the Coen Brothers’ adaptation of McCarthy’s No Country For Old Men. Yet rather than merely evoking an atmosphere, tracks like ‘Water And Ash’ or ‘Storytime’ actually sounds like the doomed environment through which the father and son trudge; with Ellis’ violin keening like a wind through crumbling buildings, Cave’s piano as fragile as snow crunching underfoot and a dark pall hanging like the smoke from burning cities. And in a story where the psychic journey is even more arduous than the physical one, Cave and Ellis shape more introspective moments with the eerie choral loops of ‘The Bath’ or ‘Memory’s more beatific strings. Which makes the abrasive metallic drumming of ‘The House’ all the more terrifying in contrast, the meditative ambience suddenly sundered by a very real fear. Yet what really makes both the story of The Road and its soundtrack work so well together isn’t the stark and searing portrayal of humanity’s potential fate complemented by music both tender and sparse. Rather, it's the fact that both have a strong and almost symbiotic relationship as their foundation: one between a fictive father and son struggling for survival, and one between two inspired musicians equally sensitive to each other and the demands and possibilities of storytelling through soundtracks.