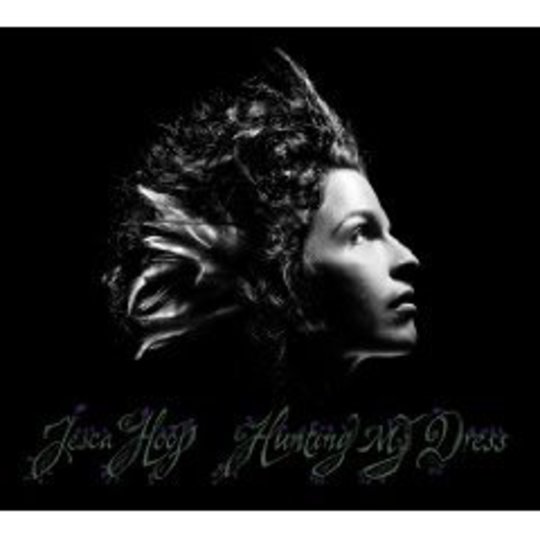 "She is an old soul, like a black pearl, a good witch or a red moon," says Tom Waits of his children’s former nanny. But put this surreal celebrity connection to one side for a moment, as there might be more to this sentence than abstract wordplay. True, when Jesca Hoop sings she conjures up the wisdom of a woman who has lived a dozen lifetimes. Whether as a result of her humble Mormon upbringing or her years in the mountains of Arizona, there is a refined confidence in Hoop’s vocals that suggests a soul stacked with stories from the fringes of society; from the the very brink of civilisation.

It is a surprise then, that Jesca Hoop manages to conglomerate her experiences of such abstract cultural landscapes into an album that is weirdly accessible, with a strange universality at its core.

As ‘Whispering Light’ opens with almost avian a cappella hoots, Hunting My Dress is immediately fixed in the mystical forest of an ancient time. Muted guitars click through as though peering out from behind trees or lost in the long grass, while the rhythm wanders and wanders. Hoop’s slurred vocals add to the sense of the unknown; her chants become beautifully sinister.

‘Feast Of The Heart’ is much less subtle, but no less unsettling. The industrial percussion adds a Patrick Wolf-esque agony, while Hoop’s voice is so tightly compressed and distorted that there is a real feeling of a struggle to escape. The next track, ‘Angel Mom’, has conversely modest beginnings, with gently strummed guitar and hauntingly sweet vocals. But two minutes in, and the industrialism that its predecessor suggested comes crashing through the stereo, creating a powerful (surely Björk-inspired) emotional duality.

Country influences come to the fore on ‘Four Dreams’, with crunchy guitar licks, percussive clicks and, at one point, a bluegrass breakdown. On the surface here, it’s hard to avoid comparing Hoop to Sheryl Crow, but this track is saved from being, you know, shit, by a tongue-in-cheek, stompy quirkiness that would leave Regina Spektor giggling.

The remainder of Hunting My Dress’ nine tracks are not quite as imaginative. That said, the album’s concluding half in no way suffers from a lack of feeling. The captivating harmonies that swirl out of the looped staccato patterns of ‘Bed Across The Sea’ are enchanting – even if most of the song is a little aimless.

The two-part harmony (completed by Elbow’s Guy Garvey) of ‘Murder Of Birds’, on the other hand, is consistently mesmerising. While in essence this is fairly typical acoustic balladry, two such striking voices exploring abstract lyrical themes, propelled by surprising rhythmic alterations, is truly affecting.

Hunting My Dress comes to its end with its title track – an ambitious folk expanse which in itself goes on its own epic journey. By finding its own resolution, it brings the whole album home. This is what makes Jesca Hoop special, and is why we should treasure her: by drawing from her vast catalogue of experiences, she finds the scope for an engaging range of musical tangents. Yet somehow, she has made an album which is not confused or disjointed – it is unified by the piece of Jesca, of her world, of her life, which sits at the heart of each and every song.