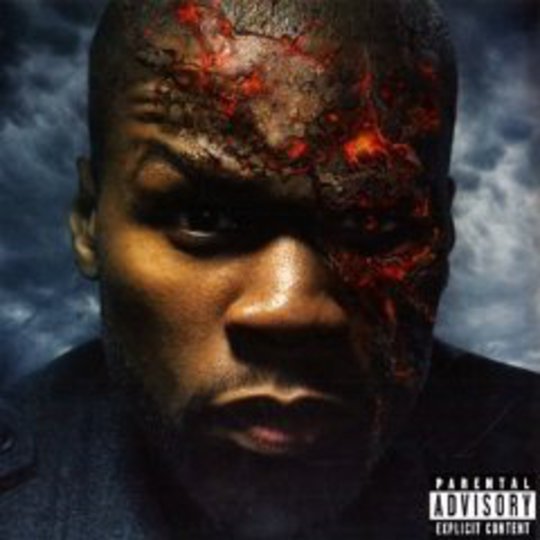 “I am somewhat brutal, and I am Machiavellian, and I am amoral,” says Robert Greene, speaking for 50 Cent. Greene is the man Fiddy chose to write The 50th Law, his guide to gettin’-rich-before-you-die-tryin’, after he read Greene's self-help manual The 48 Laws of Power. The premise of the book is to flatter Fiddy by placing him in a ludicrously self-aggrandising historical context that stretches from Dostoevsky to Malcolm X and conveniently ignores whatever that off-brand 49th law might have been. Fiddy is cast as Machiavelli’s ‘New Prince’. He comes from nothing and works his way into power by his cunning and his ruthlessness.

Sadly for him, Machiavelli also knew that when the ‘New Prince’ leaves poverty behind he loses the necessity to innovate and becomes weak, stale and bored. We all know Fiddy got rich, but on Before I Self Destruct he sounds tired.

It’s frequently clear that Machiavelli and Greene’s amorality is a neat fit with Fiddy’s own world view, but his persona is closer still to embodying Hobbe’s maxim that life in the state of nature is “nasty, brutish and short.” On ‘Stretch’ he raps about selling cocaine to ten-year-olds before saying, “Look around kid, it's a cold world we're in”. In Fiddy’s world, the only meaningful relationships to be had are with money and weapons. He brags about his disdain for human kinship on ‘Then Days Went By’, telling us “Since high school, nigga, I ain't got no friends”. There’s one moment when he seems to show emotion. On ‘Hold Me Down’, he begins to rap “I promise to keep you close to me / you give me a sense of security”, but inevitability we realise he’s talking to a gun. “When we get intimate that's when I get into shit / She 32, I'm 34 / I fuck her raw / She revolves six times / Then I feed her more.” While complaining that 50 Cent is misogynistic is a bit like complaining that Jay-Z can sound ‘quite pleased with himself’, there is an unrelenting portrayal of women as malicious schemers determined to relieve you of your hard-earned wealth. This includes a parallel with a rather unexpected fellow musician. “It’s like Paul McCartney stuck in my head / fell in love with a bitch walked away with one leg.”

A few years ago, Fiddy could at least have been counted on to produce some flashes of humour to distract from the poisonous bile. You couldn’t help but smile at lines like “I love you like a fat kid loves cake” or even the absurd bravado of 2005’s ‘Candy Shop’. But his heart isn’t really in this anymore. He tells us he’s “put that work in” on ‘Gangsta’s Paradise’, but it’s built around the hook “This is Hip-Hop, it go Clip Pop”. I’m not even sure whether that’s supposed to mean anything. For all his bragging about his riches, he eventually leaves the club for either “the hotel”, “motel” or the “Holiday Inn”. Not quite the Candy Shop. The production is just as lazy. Dr Dre phones in his three efforts, though persuading Eminem to pop in for ‘Psycho’ is momentarily diverting. Speaking of guests, R. Kelly is let out of his closet just long enough to croon about sniffing his own shit on 'Could’ve Been You'. The most cynical moves are on Rockwilder’s ‘Do You Think About Me’ and lead single ‘Baby By Me’, produced by Polow da Don and featuring chart darling Ne-Yo. They abandon any gangster pretence and head straight for the middle-of-the-radio playlists. If the singles don’t shift units, Fiddy calculates, the disses on ‘So Disrespectful’ will. It’s difficult to see his attacks on former G Unit protégés The Game and Young Buck as anything other than attempts to draw the press to carefully stage-managed feuds.

In Freakonomics, Steven Levitt and Stephen J. Dubner argued that crack cocaine dealers are attracted not by actual rewards but by the perceived status the guy at the top attains. Fiddy knows that he’s an aspirational figure to legions of young men, in suburbs as well as inner cities, and raps on ‘Stretch’ “I'm supposed to hold the gun / not be stuck in the office”. But listening to this album you begin to wonder whether the man himself has grown tired of being 50 Cent. He has nothing to say. This album is his last studio release of his current contract, and perhaps tellingly includes a short film he stars in, wrote and directed under his real name Curtis Jackson. He wants to move on, and so should rap music from an album that’s nasty and brutish but will last a short time in the memory.