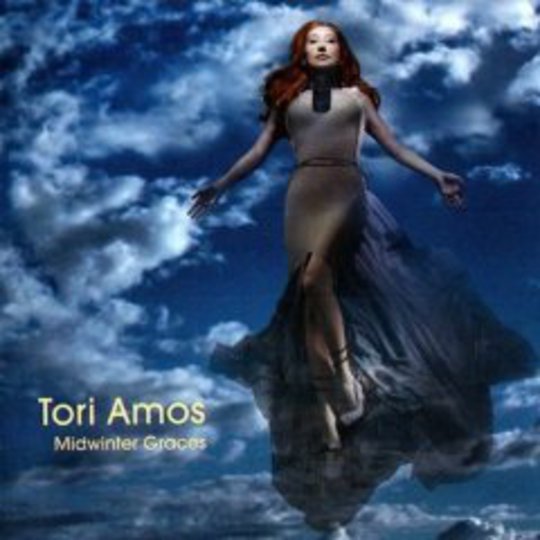 Holiday albums are generally dismissed quite quickly. Even if one is to yield a holiday radio staple on a par with the Waitresses’ ‘Christmas Wrapping’ or Wham!’s ‘Last Christmas,’ (and let's face it, when did one do that?) it’s to be assumed that the rest of the album is little more than a cash cow. So much the worse in a year that has seen the release of Bob Dylan’s laughable Christmas in the Heart; all other artists are doomed to have mention of their seasonal project immediately succeeded by, 'Hey, have you heard about the Bob Dylan Christmas album?' If you doubt the veracity of this fact, try referencing any holiday music by a contemporary artist in conversation.

That Tori Amos, ten albums and nearly 20 years into her career, should release a holiday themed record seems both obvious and curious. Midwinter Graces is only months behind Abnormally Attracted to Sin and the supporting world tour, so it’s not as though she needs to tide fans over while working on new material. But as devotees well know, Tori grew up a minister’s daughter, so it makes sense that she would celebrate the music she grew up with.

What that celebration would sound like, however, could be anyone’s guess. This is, after all, the woman who brought us ‘Father Lucifer’ and once upon a time sang, "We both know it was a girl back in Bethlehem." But nothing on Midwinter Graces is so shocking or even cynical. The classic songs she has chosen to interpret largely cover the religious aspect of Christmas, though mentions of Jesus and Mary are fleeting rather than heavy handed.

Tori’s renditions of the more traditional songs hardly evoke the image of an Amos family Christmas, everyone gathered around the piano sharing well-worn sheet music and singing carols. Most of what she has ‘covered’ bears very little resemblance to the original. 'A Silent Night With You,' for example, features only a whispered, "All is calm/All is bright" in the closing seconds of the song to suggest the hymn that inspired it. But once you get past the cringe-worthy opening, "The radio plays my holiday faves," the song itself is a romantic account of second chances at the holidays.

Others have been heavily modified but will eventually click. ‘Holly, Ivy, and Rose,’ sung with her 9-year-old daughter, keeps the tune of the original ‘The Holly and the Ivy,’ sandwiched by more delicate, downbeat, solo piano verses. For the most part, tracks will sound vaguely familiar without necessarily jogging the memory towards the songs you grew up with.

Musically, many of the tunes have a darker element than would be expected on a seasonal record. The Amos original, 'Snow Angel,' opens in a brooding strain before drifting into a brighter, more relaxed tone similar to her Scarlet’s Walk era. 'Emmanuel' most closely adheres to the traditional, and with its solemnity also sounds the most like what you would hear at midnight mass on Christmas Eve.

But fans of her earlier work will delight in the more direct, piano-driven melodies and orchestral arrangements that dominate the album, as well as the welcomed return of the long neglected harpsichord on several tracks. There are some quirkier elements: the big band arrangement on 'Pink and Glitter' evokes that celebratory New Year’s feeling, or at least it will if you grew up with your parents playing the Connie Francis version of 'Happy New Year, Baby.'

Perhaps where Midwinter Graces suffers most is that it will be resigned to the world of the holiday album, making brief appearances from only late November to early January, garnering at most a passing mention the rest of the year. At the very least, though, it is a holiday record that will be remembered once a year.