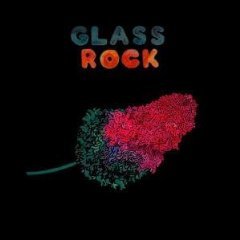 Glass Rock might seem like the perfect proposition on paper, and in practice they’re every bit as good as they should be. »

the core elements of the soft location sound are kathy leisen's haunting voice and boneyard guitar, and matt kantor's slo-mo jet fuel bass jamminating. add tall firs: ryan sawyer's could-blow-your-pants-off-but-prefer-to-slowly-work-them-over-your-hips drumming and dave mies and aaron mullan's creamy dual-savant guitar stylings: two dudes who don't even know how the other guy's guitar is tuned but nonetheless have brought the tandem knockout reverb dropkick since 1991.the band actively refuses to discuss influences, even with one another. with two pairs of childhood friends in the band, the music just happens and the listener is left to speculate. the dilettante thinks chan marshall or an astral weeks-era van morrison caught an extra-rad time machine ride and now inhabits every moment from 1955-2013 simultaneously. the serious aficionado is thinking martha reeves, amon dull ii, the gories, otis redding. but heads know: this thing is wigs, pepsi commercials, sam cooke, hardcore festivals, and free stuff on craigs list. (michael troutman of awesome color introduced tall firs to soft location via their music. one year later a mysterious email was sent to tall firs, and the two bands met in a hummus hut in brooklyn. this album is a record of their meeting. it was arranged, recorded, and mixed in two three-d
description from www.roughtrade.com