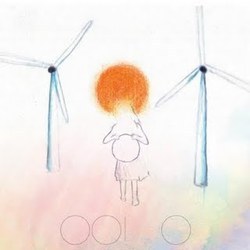 For those of you who haven’t been swept through OOIOO’s previous free-fall experiments, the band is a Boredoms offspring, all-fema»

japanese quartet ooioo have been putting out a new studio album every three years like clockwork since the turn of the millennium, so fans must have anticipated that 2009 would not disappoint them. 'armonico hewa' is the band's sixth full-length album and third for us label thrill jockey. once again, frontwoman yoshimi p-we and her all-female army of guitarist kayan, bassist aya and drummer ai have thrown into the mix a mind-boggling range of influences and reference points. the album's title is a mix of spanish and swahili and, says the band, roughly translates to 'air in a harmonious state'. the album is a continuation of the rapturous and frenetic celebration of nature that made their 2006 album 'taiga' so dynamic and vital.