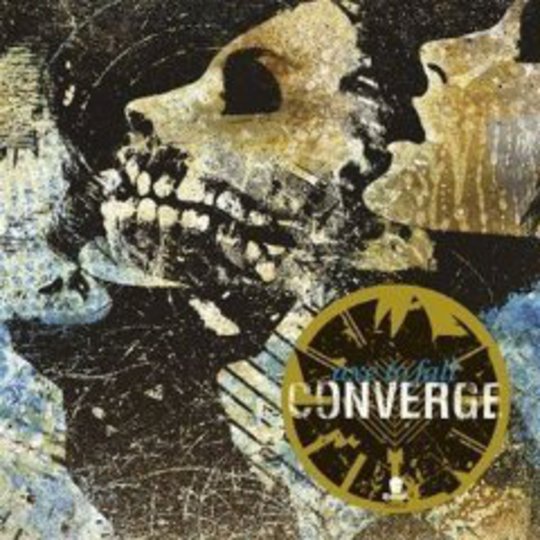 Seven albums across 15 years is a robust set of career stats for a hardcore band; moreover the word ‘career’ can be used legitimately in reference to Massachusetts quartet Converge. How did this berserker whirlwind of techmetalthrashcore assimilation get so popular? Without being overly cynical, it can be partly attributed to their marketing, image and aesthetic – right down to the album art by frontman Jacob Bannon, which is along the same crypto-gothic paint-splatter lines as their last three LPs (and whose style you can probably find a lame imitation of on a sweater in a discount sports shop near you). They’ve never knowingly compromised their sound for a growing audience, though, and it’s hard not to admire them for blazing a trail of sorts.

Their big thing on Axe To Fall, their third Epitaph album, is musician guests. Almost all of the 13 tracks have auxiliary contributors, and not just of the ‘hey, let’s get our pals who dropped by to do gang vocals’ nature. Three quarters of Cave In feature on ‘Effigy’; all of Brooklyn electro-metal outfit Genghis Tron on ‘Wretched World’. A Neurosis singer and a former Hatebreed dude are among the other cameos; more on some of those later.

‘Dark Horse’ is a pretty spectacular opener with a pretty spectacular-sounding opening: you just know that the band have retained that unaccompanied opening burst of drum tattoo at least partly to show off quite how huge and warring a sound their guitarist and producer Kurt Ballou has achieved for them. His frantic metal guitar runs, like a faster Iron Maiden or one of several early-Eighties bands who basically played thrash metal before the scene was codified, are the fertiliser in the bomb; in much the same way, it’s the Kerry King-admiring solos on tracks two, three and ten, ‘Reap What You Sow’, ‘Axe To Fall’ and ‘Cutter’, that leap out of the songs’ muck and mire.

This album, for the most part, is a good deal more nasty and splattery than No Heroes, which was hardly the easy ride. Bannon’s vocals contribute to this in no small part – muffled, mangled and swirling in the mix like a quicksand victim, allowed to function less as a conveyor of slogans and soundbites than as an extra instrument of unease. I’m reminded of the trademark ‘locked outside the studio’ vocal effect on most Unsane records, actually, although it’s a style with a great deal of precedence in hardcore. ‘Worms Will Feed / Rats Will Feast’ (it is true that this band specialise in hammy old cobblers serving as songtitles) which has a slow and grotesque central riff that sounds, for those taking notes, a lot like Pissed Jeans’ ‘Secret Admirer’. ‘Wishing Well’ starts off with eerie doom metal guitar plod and proceeds to sling blackened Motörheadisms at you – both courtesy of a blinder-playing Ulf Cederlund, guitarist of Swedish crust-punk longtermers Disfear.

Axe To Fall ends underwhelmingly, and – as much as bands’ efforts to step outside their nominal range are often admirable – would have been a better album for finishing at track 11. The best thing about ‘Cruel Bloom’ is that Steve Von Till is on it; I mean, if Steve Von Till was on the ceiling of the Sistine Chapel he’d be the best thing on that – perhaps – but musically, it feels underwritten and incongruous, even when a bank of metal guitars burst in on three minutes and disrupt the Tom Waits-cum-Black Heart Procession drudgery. It segues into ‘Wretched World’, where the aforementioned Genghis Tron seem to provide nothing more essential than effete Euro-rawk keyboards that could have been transplanted from a bad Paradise Lost copycat band.

One of the great things about Converge is that they’ve become popular enough to serve as a ‘bridge’ band between commercial punk and metal and the hardcore underground, without having a whit of accessible soppiness about them. ‘Wretched World’ blots this copybook somewhat. Eh, press stop early or programme it out or whatever your technology invites; it’s certainly no reason to bypass a record that, at its best, is among the high points of 2009 for hardcore and metal alike. While not quite as revelatory as 2001’s Jane Doe – the band’s staunchest fans wouldn’t believe such a claim anyway – Axe To Fall makes good with an appetite for reinvention.