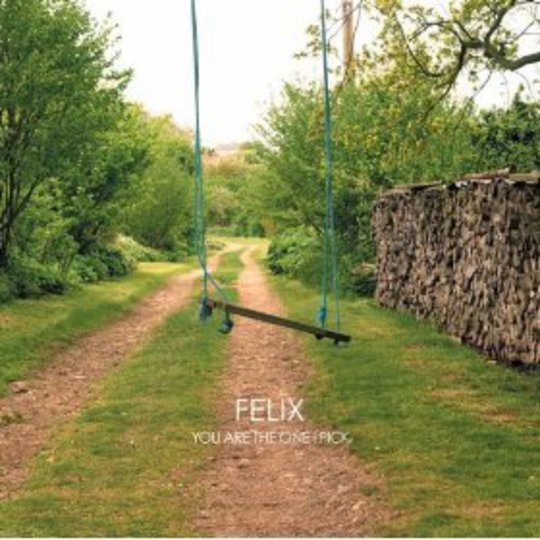 The lead track on Felix’s debut album is called ‘Death to Everyone But Us’. It’s a brave opening gambit, indicative of the pathos and wry humour that lie within. It’s a very telling one too: the subsequent 30 minutes lure you firmly into the milieu of Notts duo Lucinda Chua and Chris Summerlin; listen to You Are the One I Pick under the right circumstances and it really is like sharing some quiet, micro world order with the pair.

It’s not an easy record to pigeonhole, should that be your persuasion. Piano, strings and minor key prettiness abound, the pace somnambulant start-to-finish. Chua molds striking vignettes out of throwaway phrases and repeated intonation, her lines lilting and folding over each other with flat seductiveness, while Summerlin’s guitar provides texture and unexpected flourishes throughout. Felix inhabit a twilit, shadowy region pitched somewhere between classical, drone, jazz, chamber-pop and spoken-word; like Bat For Lashes or Regina Spektor tipping heavy on the avant-garde side of the scales, it’s an admirably skewed concoction.

If this is a strange record, look to its heritage (Summerlin plays in delirious purveyors of perverse rock’n’roll Lords, while Chua is a classically trained multi-instrumentalist and touring Star of the Lid with a sideline in professional photography). If this is a dreamy record, look no further than the company it shares at esteemed label of release, Kranky (you can do this right now by clicking here to listen to our exclusive cloudcast from the label, something we highly recommend you do). And if this is a unique record, look to all these things.

Felix are at their most effective on the likes of ‘What I Learned from TV’, where keening strings are offset against Chua’s improbable recital of regrets, or the haunting standout ‘Bernard St.’, where the narrative sees her sneak into a seemingly abandoned house with a friend, before pondering whether “electricity will make me feel alive” as Summerlin’s guitar winds perpendicular shapes around her. On songs such as these, Chua’s delivery bleeds both vulnerability and righteous anger, exemplified by the two-pronged vocal strike of ‘Lifter’. Here, a wavering lead vocal is underpinned with quiet venom by an expletive-strewn repeated line, the results wholly unsettling.

Less immediately striking than the aforementioned, ‘Ode to the Marlboro Man’ fleshes out its jazzy sway with an Old West-approximating guitar lick, while ‘I Wish I Was A Pony’ comes on with otherworldly beauty further refined on the most outright beautiful moment here, ‘Where’s My Dragon?’. “There’s a secret you keep / And it makes me dance, dance, dance,” purr multi-tracked Chuas as the instrumentation swells into something approaching the ascendant, only to abruptly step back and segue almost imperceptibly into the concluding third of this animal-based trio, ‘Waltzing for Weasels’.

Though there’s a paucity of joy to be found among proceedings, other aspects of You Are the One I Pick (even the title’s a barbed double entendre!) actively compensate. Humour, sure – albeit of the surreal, Lynchian mode – and beauty too, of the touch-it-and-it’ll-crumble variety. In Felix’s world, everyday mundanities give rise to furtive explorations of human interaction and ineptitude in a manner as oppressive as it is oddly and honestly addictive.

In fact, by far the lightest track of the whole affair is ‘Death to Everyone But Us’, and we’re back where we started: stood on the precipice of entry to this bizarre, fantastical world with little choice but to keep knocking until we’re beckoned inside.