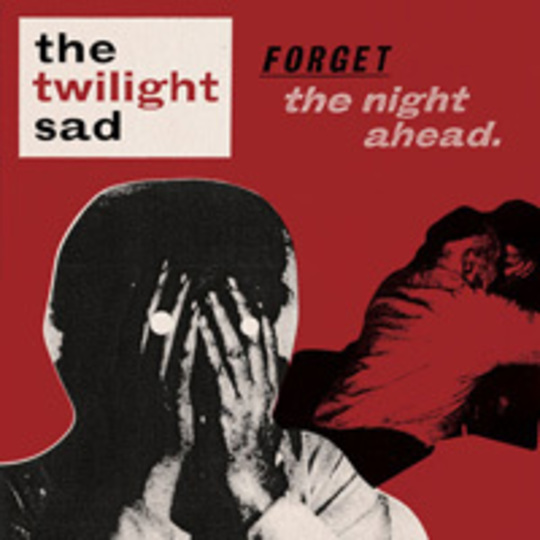 The weight of expectation can be a hefty burden. Three years ago, The Twilight Sad were something of an unknown quantity outside of Glasgow's vibrant live scene. Fast forward a few months and all that suddenly changed thanks to their impeccable debut Fourteen Autumns And Fifteen Winters, a record that was as near to perfection as any established act - let alone one still going through its formative phase - could ever wish to hope for. Sure, the potential had been there even before that nine-piece opus landed; listen to 'Three Seconds Of Dead Air' off their eponymous EP, released just a few months beforehand and it was plain for all to see that this band were streets ahead of any of their contemporaries (on this side of the pond, at least).

No, their biggest challenge was always going to be following up such a masterpiece as Fourteen Autumns..., an unenviable task at best. Nevertheless, the early signs looked promising. Last December's limited edition tour compendium The Twilight Sad Killed My Parents And Hit The Road hinted that while musically they appeared to be stuck between a rock and a hard place, lyrically the themes for the next record would take on an even more darker angle than those on its predecessor. Of the two untitled tracks that have since made the transition from Killed My Parents... to Forget The Night Ahead, the previously stripped down 'The Room' comes complete with a thudding echo of drums over the previously candescent piano backdrop while 'The Neighbours Can't Breathe', already reticent due to the excessive amount reverb and feedback pooled into the live version, now adds an extra lair of dense fug, making most of the lyrical content inaudible.

Their shows at this year's Great Escape festival also added an extra level of anticipation for Forget The Night Ahead's arrival, newer material such as previous single 'I Became A Prostitute' and 'Seven Years Of Letters' fitting in admirably with the likes of 'And She Would Darken The Memory' and 'Cold Days From The Birdhouse'. This would have suggested a business as usual ethic had singer and main lyricist James Graham not told us beforehand that this would be the record that defines The Twilight Sad as a band.

Although guitarist Andy MacFarlane is once again responsible for the record's production, former Delgado Paul Savage's role behind the mixing desk should not be underestimated, particularly when it comes to creating that fine balance between melody and aggression Graham has so often talked about in interviews. Indeed, that is none more evident than on opener 'Reflection Of The TV', a song that initially feels like a continuation of Fourteen Autumns...' sonic harshness married with bittersweet laments resulting in the singer's claim "I'm more than a fighter, you know...". If ever a record wanted to make its intentions brutally clear from the outset then 'Reflections...' offers a perfectly weighted statement in a similar fashion to 'Cold Days From The Birdhouse'.

Meanwhile 'I Became A Prostitute' suggests the more traditional song-based approach hinted at last May had come to fruition, even if the repeated threat to "Bleed you dry" resonates throughout '...Prostitute''s near radio-friendly ballast. In fact, as with Fourteen Autumns..., there's a penchant for acerbic one liners that punctuate Forget The Night Ahead, whether it be 'Seven Years Of Letters' insistence that "We're on a hiding to nowhere", 'Made To Disappear' taunting "You'll never find her on your own" or 'The Room' and its haunting chorus of "You're the grandson thrown in the corner, don't tell anyone else...". What Forget The Night Ahead lacks in comparison to its predecessor is that organic feel which made compositions like 'That Summer At Home I Had Become The Invisible Boy' appear so futile and desolate. In places, there are slight concerns that despite most of this record being written over a traumatic six-month period in the singer's life, there was also a nagging miasma at the back of the band's mind that they somehow needed to achieve mission impossible in terms of usurping Fourteen Autumns....

On the whole, despite being maybe three songs too long (less was certainly more on its predecessor) Forget The Night Ahead isn't a disappointment as such. If this were by any other band it would probably be heralded as a triumph, but as anyone who's witnessed The Twilight Sad in recent years will proclaim, they aren't just 'any other band', and having set ridiculously high standards in the past both on record and in the flesh, Forget The Night Ahead hovers above the line marked average rather than the higher echelons of greatness its creators undoubtedly strove to achieve.