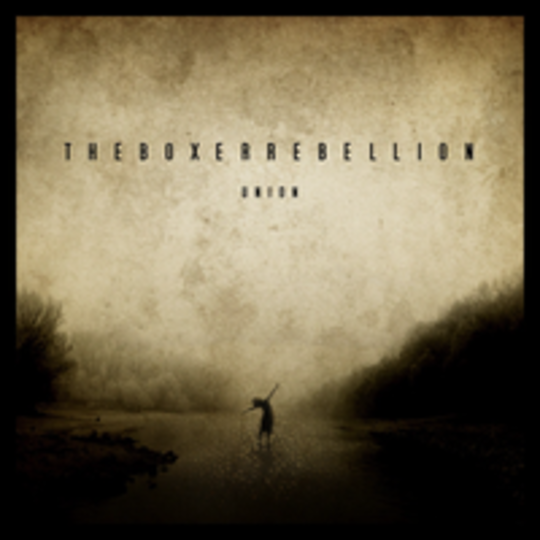 Back in the summer of 2003, The Boxer Rebellion seemingly had the world at their feet. As the hotly-tipped inaugural signings to Alan McGee's newly launched Poptones imprint, their stadium anthems in waiting should have propelled them to the status kindred spirits in bombast Coldplay were beginning to revel in and continue to thrive on ever since. Instead, the old adage 'everything happens in threes' became a reality for The Boxer Rebellion. First of all, no one bought their debut album Exits, then their label went the same way, cast aside by the burgeoning download boom. Thirdly, to add injury to an already catastrophic list, frontman Nathan Nicholson endured a life-threatening rupture to his appendix that put the future of the band in jeopardy altogether. Lesser artists would have taken the hint and returned to the less fraught realms of nine-to-five normality; not The Boxer Rebellion.

Four years on from Exits, which many thought would be an apt epitaph for the disaster stricken four-piece, they're back with a new record, and despite having no label to carry out the promotional hard sell on their behalf, sound twice the band they did back then.

Almost from the word go, Union delivers a statement of intent, kicking and screaming its way out of a subdued coma. Whereas before they maybe Edged a little too closely to their influences, this is a record brimming with a new found confidence, a re-birth from a band that cynics hoped had been dead and buried long ago. Maybe the traumatic nature of their singer's ailing health and subsequent return to full fitness revitalised the whole unit, hence the record's title, but here there's an undoubted self-belief shining through that nothing less than perfection will suffice, and while Union falls just short of those hefty heights in the wider scheme of things, there's no denying The Boxer Rebellion have given it their best shot.

Despite having been recorded nearly a year ago, even the band themselves couldn't have expected such an enthusiastic response as the one they got when Union became the first digital only release by an unsigned band to crack the Billboard top 100 in January. Although even that groundbreaking feat still couldn't attract a major backer to subsidise and release the whole album, its success and gave The Boxer Rebellion the impetus to finance Union's physical release themselves, and here in its full glory, their long-awaited follow-up to Exits finally sees the light of day.

What's quite apparent is the way the band have used the years spent in their own studio honing and enhancing their sound, the opening 'Flashing Red Light Means Go' and aforementioned 'Evacuate' hinting at a more expansive, widescreen view than on any of their previous recordings. The guitar duels of Nicholson and Todd Howe ring clearer than ever before, particularly on the epic finale of 'Silent Movie', which cascades Union to a brooding, emotive climax. At times, there's a claustrophobic tightness that turns melancholic asides like 'Soviets' into billowing wombs of sonic bliss, while 'The Gospel Of Goro Adachi', with its semi-introspective lyrical assertions ("What's done is done to me...") coupled with a lilting waltz-like accompaniment is simply stunning in its execution.

Likewise the poignantly rabid 'Forces', where Nicholson pleads "Don't save yourself for someone else" takes the mantle Tom Smith and his Editors borrowed back home to roost, possibly for good this time. Ultimately, Union not only rekindles the burning sense of desire that encapsulated The Boxer Rebellion's early singles and live shows over half a decade ago, and if there's any sense of justice, surely re-ignites a floundering industry's interest in a genuinely progressive and forward-thinking group of musicians. We can only live in hope.