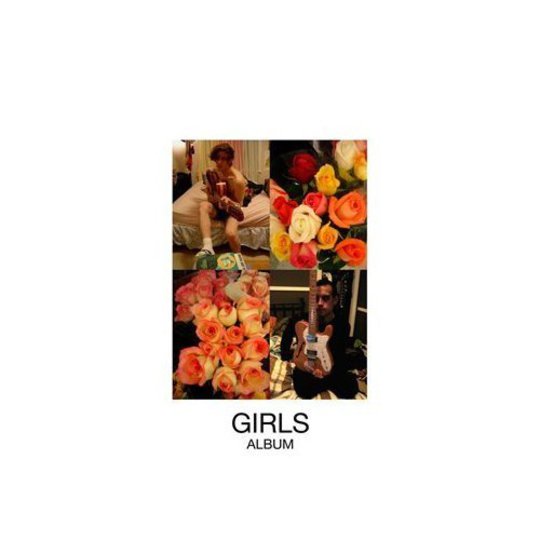 As unconventional musical ensembles go, Girls must surely register at the top of the pile when it comes to spontaneous muddled creations that confound any kind of pre-conceived expectations. Much loved by both the New York art-rock fraternity and UK underground indie scenes alike, this San Francisco duo and their assorted helping hands have somehow managed to conjure up an Album that doesn't just hop between genres at random like an overexcited rabbit, but actually creates its own guessing game in the process, enticing the listener into a rabid frenzy of self-doubt. "What will come next?" indeed.

The story of Girls is even more sporadic, as main songwriter Christopher Owens' nomadic upbringing as part of an ecclesiastical cult called the Children Of God undoubtedly accounts for many of the lyrical formats and themes that punctuate Album. From the opening line of first song 'Lust For Life' where Owens opines "I wish I had a father, I wish I had a loving man in my life" there's almost a sense of regret that many artists with a similar story to tell would allow themselves to become embroiled and eventually bogged down in. Not Owens though, as the song itself turns into one of the most upbeat, guitar-orientated pop songs committed to vinyl all year.

What the other constant half of the duo, Chet JR White contributes to both band and record is a musical sheen that doubles as a production outlet, and therefore lifting Owens' musings from the acoustic ramblings they no doubt began life as both towards the end of his separatist years and also in his first serious musical project Curls, which is how the two first met, White replacing Owens former girlfriend of the time as his main musical ally.

How many of the songs here reference his former beau only Owens can validate, but on the likes of 'Laura' ("I really want to be your friend forever") and 'Lauren Marie' ("I might never get my arms around you but that doesn't mean I won't try") there's an impending sense of loss and regret that suggests Album would probably have never turned out in such dramatic fashion had Owens and his partner not gone their separate ways.

What makes Album such a timeless experience, however, is the way it borrows from four decades worth of popular music, whether that be the more traditional heartbreak rock'n'roll epistle that is 'Ghost Mouth', the Beach Boys speed comedown that is 'Big Bad Mean Mother Fucker', or reverb-tinged highlight 'Morning Light', which actually sounds uncannily like The Boo Radleys during their once-maligned but now historically revered Ichabod And I phase that kickstarted their career.

Aside from the musical delicacies on offer, and the majority of Album would have been obvious single material in another lifetime, its their frivolous experimentalism and willingness to toy with all aspects of the past that make Girls such an invitingly warm and honest proposition, and although Album's lack of a coherent flow may prove to be its undoing with several purists, to these ears the whole element of surprise offers an engagingly pleasant sound.