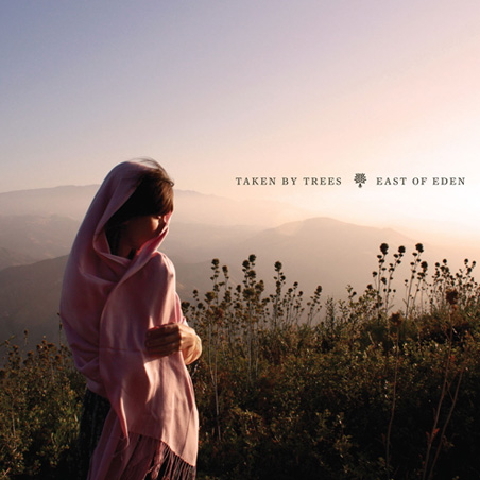 Taken By Trees - East Of Eden

Do you remember a time when everything was better? Do you believe in a place in which all troubles evaporate? If yes, you are indu»

rough trade exclusive with a bonus mix cd of tracks that victoria was influenced by and listened to during the making of the album including unheard pakistani musicians next to clannad, cath carroll, burial, memory cassette etc. the vinyl also comes with a free cd of the whole album. victoria bergsman (best known for her work with the concretes and peter bjorn and john's worldwide smash hit single 'young folks') wanted to travel to record in a mysterious, relatively uncharted area avoiding the usual clinical studio experience which she has always disliked and found to be an uncreative environment. she chose pakistan. sole accompanying musician soderstrom's powerful, often minimal guitar work, victoria's sublime, mysterious vocals and enigmatic lyrics, powered by the sounds, beats and rhythms of genuine local pakistani musicianship (some who play with abida parveen and nusrat fateh ali khan) has created a magical musical concoction. add to this the production skills of dan lissvik (one half of the ultra creative swedish duo studio) who pieced the whole project together back in sweden, and you really have a genuine album of the year contender. standout's are the opening track 'to lose someone' which sets the scene perfectly on this magical experience and the cover of animal collective's 'my girls', which victoria has re-interpreted as 'my boys'.
description from www.roughtrade.com