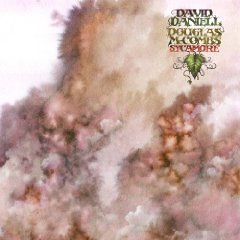 Typically rock and roll is regarded as a young man’s game, that no-one over the age of about 27 should even look at a guitar for f»

deluxe limited edition with artwork by illustrator and painter arik roper. david daniell and douglas mccombs first met in early 2006 while touring as members of rhys chatham's six-guitar die donnergtter band. following that tour, the two spent several months trading albums and discussing making music together; they began their musical collaboration when daniell moved from new york to chicago later that year to study pedal steel guitar. these humble beginnings do little to reflect the depth and breadth of each of their talents; both are highly-respected musicians within their circles. over the years daniell has collaborated with many notable musicians, including loren connors, rhys chatham, tim barnes, jeph jerman, thurston moore, greg davis, and jonathan kane, as well as releasing numerous albums under his own name and with his band san agustin on labels such as table of the elements and family vineyard. mccombs is more often seen wielding a bass guitar, whether as a member of eleventh dream day, the acoustic collective pullman, or the pioneering and inimitable tortoise; in his role as the driving force behind brokeback; or through his varied work with the likes of tom ze, azita youseffi, will oldham, yo la tengo, and calexico. 'sycamore' is a delicate tapestry of spacious and ethereal guitar lines woven into abstract, slow-burning and multi-layered textural improvisations. the sounds blend and overlap to create richly faceted and thickly psychedelic passages, unveiling new layers of detail with each and every listen.
description from www.roughtrade.com