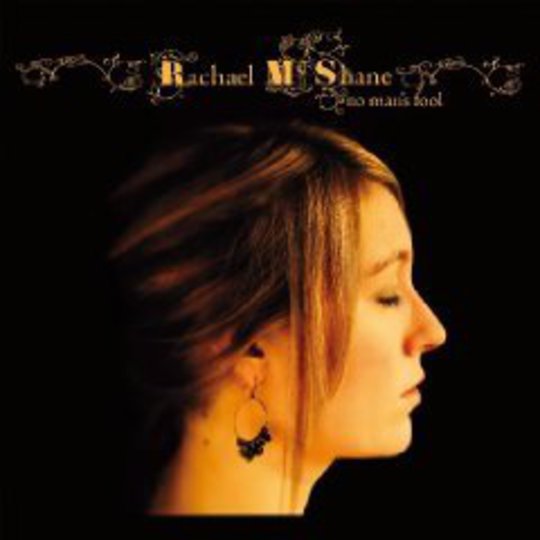 What the fuck is this shit?

That was the first thing that spewed forth from my bulbous ignorant talk box upon first listen to Rachael McShane's No Man's Fool. When listening to trad English folk you are taken to a strange place, you feel like you are Sergeant Neil Howie staring in disbelief at the local weirdos; you are bound to react without fully engaging with your brain.

There is something quite alluring about a collection of songs that don’t detail the usual unfortunate plight of hard done to damsels; instead McShane regales us with tales of sly maids and streetwise maidens who turn the tables on their patriarchs. The likes of Kate Rusby and Eliza Carthy achieving Mercury Prize nominations in recent times has proven that the old folk dog that loiters on its hind legs, tottering past the cider kegs, still has a little life in it. More to the point, traditional folk still has mainstream appeal. McShane has picked up the baton and gone bananas.

Similarly to Jim Moray, McShane is attempting to update traditional songs and melodies by altering the arrangements, laying the traditional over a backing of blues, jazz and funk. It is frequently about as perverse as a minstrel getting down on the back of a lowrider and throwing gang signs to the Crips.

The odd mix of chilled jazz club piano dueling with sick blasts of the accordion from a crab fisherman who looks equally as dead in the eyes as Sig Hansen makes opening track ‘Captain Ward’ a turbulent cocktail. ‘The Highwayman Outwitted’ briefly covers up the experimentation. But then things get strange.

The trotting percussion and sick throbbing bass on ‘The Fisherman’ is a sign that the dice have been thrown, there is no going back, the mittens are off and we are on a voyage, bringing traditional folk forward centuries. ‘My Johnny Was A Shoemaker’ positively struts, the mean piano imagines what direction Ray Charles might have gone had he got bunged up on Tolkien during his epic dragon chase.

‘Maid On The Shore’: yeah if she was dolled up to the nines and parading up and down the sordid streets of Chicago, and when the Irish fiddles kick in, man I am in heaven, this is Class-A sugar. McShane just keeps knocking the ball out of the park. Thankfully again the pace slows, we are taking a breather, leaning on a Cornish cream colored fence post whilst staring out along the still coastline, for ‘The Drowned Sailor’ is mournful, the pace and excitement levels drop, just McShane, feather light percussion and piano. From beginning until the heartbroken refrain of “Come all you constant lovers that here do pass by / This unfortunate couple, how happy they be” McShane’s voice is perfect, each line delivered with an unnerving passion.

Perhaps the pudding is over-egged on ‘The Gardener’, the lone clover flower that doesn’t bloom. Though the momentum swiftly picks up as ‘The Broomfield Wager’ has a cute Latin shuffle that caresses the barley leaves, the fusion fitting in well with the subtle togetherness between the male backing vocals and McShane’s earnest chunter. Shutting the blinds and dimming the lights, ‘Shepherd Lad’ ends the album, McShane displaying a little more vocal range, opening out, finally acknowledging there is nothing left to lose.

In an odd way Rachael McShane lives her songs; the characters she sings about possess her, she is in tune with the sadness, the bleak harsh rural life of ill-treated farm maids, the heartache that couldn’t be cured with a slab of Cadbury’s milk and a bottle of cheap wine. This album will certainly make an impression, I guess you’ve got to take a chance and give it a listen.