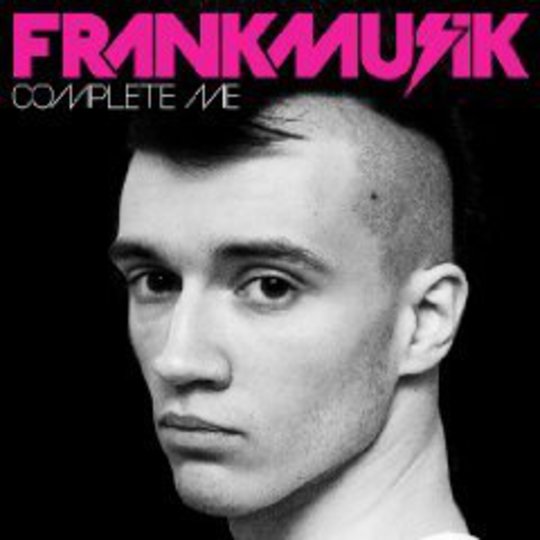 The human rights charity Reprieve recently launched a campaign called ‘zero dB’ to highlight the brutality and widespread use of music torture. Constant, ear-splitting music is used to mentally break down prisoners, leaving them severely sleep deprived and mentally unstable. A plethora of musicians have added their name to a silent protest at zerodB.org which calls on Obama to expressly outlaw it.

And you should too, as it’s a good and noble cause, but what I found myself pondering was who chooses the music? Who DJs at Guantanamo Bay? Use of Metallica and the Barney the Dinosaur theme have been widely reported, but presumably even your treasured favourites quickly become oppressive when played endlessly, repeatedly at loud volume. Perhaps any music can be torture.

Vincent Frank, the geek pie haircut behind Frankmusik, appears to have been pondering the same question as he’s crafted a whole album so stagnantly repetitive that one listen gives the illusion of having already been subjected to the same song again and again and again and again. However, in an act of superlative subversion he’s actually also created music so offensively inane that it will surely breed righteous anger in the bosom of anyone who hears it. If you did happen to be a captured terrorist I’d imagine that rather than breaking your spirits, hearing this album would redouble your efforts to destroy the Western infidels. Take that imperialists!

How, and indeed why, Frank has done this will take some explaining. I’ll try and pick apart the carcass, but I can’t promise that it will be pleasant. We start with ‘In Step’ which I think might be Frank’s tone-deaf attempt to do MGMT’s ‘Time To Pretend’. It’s probably the album’s highpoint, simply by virtue of the fact that it’s all downhill from here.

‘Better Off As Two’ is his same song again, but this time it’s about dumping his girlfriend. In the press materials he bangs on about the whole album being about the same girl, so ‘Gotta Boyfriend?’ is presumably his callous, mocking enquiry to his newly single ex. Which is pretty cold. ‘Confusion Girl’ is the big power-pop single, the one that’s been infesting commercial radio and echoing around the vacant skulls of a thousand dead eyed stag parties in sticky floored clubs with names like ‘The Venue’ up and down the country. It sounds a bit like…

Wait a minute, did he just rhyme “all the tears you made me cry” with “now it's time to say goodbye”? I think we should all take a moment to pause and contemplate that. And maybe have a little cry ourselves.

So I was going to say it sounds quite a lot like Mika, but that bit of sub-adolescent angst poetry gives me pause. Mika’s better than this. ‘When Your Around’ is a thought-provoking piece. Some thoughts it provoked are: Why has he used 'your' when he means 'you’re'? Surely someone involved in the production of this album noticed at some point, so does that mean it’s intentional? But what purpose could that possibly serve? Another thought it provoked was: why is that man desecrating ‘Golden Brown’? It’s basically haphazard electronic beats scattered over the The Stranglers' paean to smack, which seem designed to rob it of the original’s air of menace and turn it into workaday synth-pop. ‘Wonder Woman’ is patronisingly misogynistic, as he reassures his lucky companion that “even Wonder Woman gets her nails done”. Sort of the musical equivalent of patting your girlfriend on the head and saying "there, there”.

Title track ‘Complete Me’ is the ballady one, for those of you playing pop album bingo, and in a spirit of fairness I’ll concede that album closer ‘Run Away From Trouble’ does demonstrates a little variety – it’s an eight minute epic where Frank goes a little bit emo. With pianos.

So what to make of all this? Is it Al-Qaeda propaganda or perhaps another futile step in the ‘Talk to Frank’ campaign? Or is it simply the moment when the music industry’s demand for fashionable electro-pop stars finally outstripped the supply of talent? As with the truly serious cases of music torture, a silent protest is the best response.