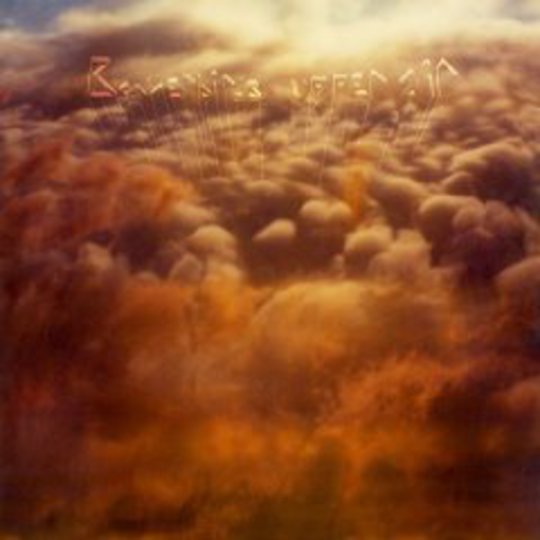 There’s a bit in Proust’s In Search Of Lost Time where he discusses eating a ‘petite madeleine’ soaked in tea, and the involuntary memories and feelings that the act stirs up in him, what he associates with the act of eating cake, with its taste, its texture. It’s arguably the most famous passage in the book; possibly because it’s near the beginning and few people make it through the first volume, but perhaps because almost everyone has had a case of involuntary memory caused by some act or other. It’s pretty common for people to associate certain songs or sounds with certain times or experiences in their life, and regard a band or tune as more worthy of their attention because of what they associate it with, rather than its actual quality, or lack of. Whilst it may not be a completely objective way of describing a record, and despite people rarely being as poetic as Proust, it’s still a common way for records to be discussed, and Bowerbirds' second effort Upper Air is certainly no exception, if you’ll care to indulge me. In order to avoid being labelled 'pretentious' by any readers, and simply down to a lack of skill, I’m not going to attempt to mimic Prout’s writing style. Maybe.

Upper Air reminds me of listening to Neil Young (Harvest in particular), Crosby, Stills and Nash, and Crosby, Stills, Nash and Young during the autumn/winter of 2007, when I was living further up north than I am now, when the air was crisper, cooler even, definitely colder, when there were too many hills to walk up, when it was dark by the time you got home from work, when the view out of my window was just leaves on trees and nothing else. With its soft harmonies, delicate acoustic guitar and mournful piano, Upper Air sounds like a perfect soundtrack to the Rocky Mountains in Colorado, to large evergreen forests and log cabins, which is no surprise since Bowerbirds live in rural North Carolina. All poetic so far, but Upper Air also stirred up other, less favourable memories, less credible experiences.

It points towards iPod adverts, 6.9 reviews on Pitchfork, Channel 4, those mobile phone adverts where they try and be creative with their sales technique because everyone who needs or wants a phone nowadays already has one. And not the one where they found out what a flash mob was about a year after everyone else and took over Liverpool Street station much to every commuter's delight, but those ones where they show people coming together over bubbles or balloons or some other thing but never an actual mobile phone; those ones that are typically soundtracked by some small American indie band (this is particularly because of the song ‘Crooked Lust’, one of the few upbeat numbers on Upper Air, with its bouncy, finger picked guitar and catchy hook).

It also made me thing of NAM. Not the war mind, but the New Acoustic Movement, one of NME’s ill-fated attempts at starting a new genre/bandwagon before JC came along and invented music. For anyone who doesn’t remember, the New Acoustic Movement was the lumping in of any acoustic act under one handy banner, and whilst Bowerbirds sound nothing like any of the NAM bands (they’re a lot better than, say, Turin Brakes or Kings Of Convenience) it does make me wonder if there’s some sort of movement in America. Whilst it’s admittedly lazy journalism to lump bands together into a fake nonexistent scene, it does seem like there’s quite a few bands coming out of America with acoustic guitars, vocal harmonies and beards. They don’t all sound exactly the same but there’s a strong Americana/alt. Country theme running through them and Bowerbirds are no exception. And as with any scene, there are good bands and then there are the also rans, those that never quite manage to set themselves apart or define themselves strongly enough to be thought of without direct comparisons to their contemporaries. Unfortunately for Bowerbirds, they fall into the latter category. Upper Air is a decent enough record, but it’s not strong enough to be listened to without recalling other, similar but better records.