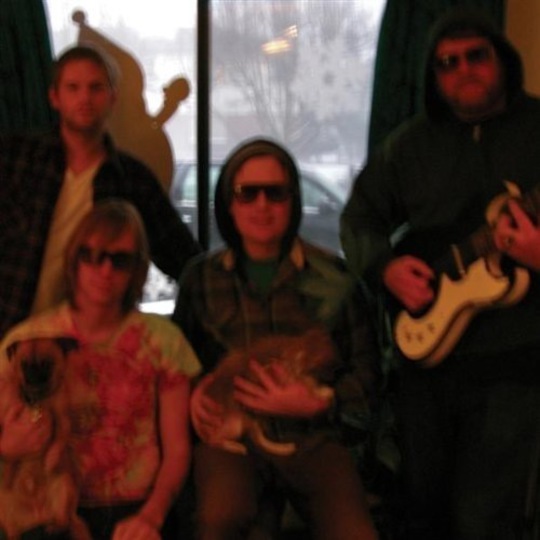 “Don't tell me lo-fi, and say, 'It's a choice and it sounds so much better'. Yeah, it sounds cool, but it's only cool when you first start making music and there's the discovery involved in it. And like, distortion is a cool thing. But just because distortion is a cool thing doesn't mean you just record all shit and pawn that off as being good music and you being a valid artist... Lo-fi was kind of cool because the music was different and fresh. But now it's like a thing. It's like clothes. Like, I'm just wearing lo-fi clothes, because that's what's hip right now. This blank shit that has no value in it at all and no passion or spirit. And as long as its stylized, like the logo on the record is something you can put in an American Apparel store, thousands of people are gonna buy it.”

“When we were trying to record our first thing, we were just trying to hear it for ourselves. So we had a 4-track because that's what we knew, we didn't have computers or anything. We just stuck one mic in the corner of the room and played really loudly. We like being able to do it whenever we want, going down in your basement and getting drunk on a Friday night... it allows for happy accidents and extra noises, and stuff like that.”

“People who sit around fucking typing shit on the Internet all day should be round up and shot.”

Another day, another band releases a shitgaze album (look, I don't like the term either, but it's easier this way, alright?). Along with the shoegaze revival, shitgaze is grabbing all those indie headlines right now, what with Mr Wavves antics the other week, plus... well, it's grabbing some attention.

Shitgaze's sole defining component appears to be a dedication to lo-fi recordings, abrasive sonic shrapnel used to bury the melody. Portland's Eat Skull follow this blueprint to the tee. The album opener, with its refrain of “Stick, stick, stick to the formula”, could easily be a self-mocking tribute to the perceived one dimensionality of the scene.

As Matt Whitehurst argues above, are Eat Skull just a tag-along, doing the lo-fi dance because it's easy, and it's in fashion? Authenticity is a difficult thing to prove at the best of times, but it feels like Eat Skull mean it.

They crib from Beat Happening and Sixties pop, a well worn copy of C86 in the front shirt pocket, nowhere more so than on 'Heaven's Strangers.' The feedback crackle adds another instrument to the vocals/guitar/bass/drums hegemony, an extra layer of aural foam. 'You're With A Thing' is the only lull, a lethargic ambient shuffle that gets rapidly blown away by the gale of 'Nuke Mecca' that crashes onto the record soon after it exits stage left.

At times tracks tessellate with Abe Vigoda songs, or Times New Viking, or Women, or Wavves. The whole scene fits into one cohesive mess, like a Jackson Pollock jigsaw puzzle. This raises the main problem with the shitgaze shitstorm. Is there much difference between any of the bands, beneath that fuzz? Do we need more than one shitgaze band?

Well, yes. When Eat Skull draw outside the lines they make tracks like 'Talkin' Bro In The Wall Blues', a strange tune based on an ominous pulsing keyboard, that occasionally clears out for sweet lullaby pop. They seem to have that little bit more range than their peers, something that makes them more than just another Siltbreeze band.

The shitgaze criticisms are also hard to level when Eat Skull are so much fun to listen to. The album grips you like a Rottweiler, sinking its dirty fangs into skull and shaking you like a dervish. Instrumental 'Surfing The Stairs' is a charming little melody with Californian beach vibes, while 'Oregon Dreaming' is New Order if they'd stolen their synths from a charity shop.

Whether shitgaze is a choice of style, or a necessity of poor recording equipment ultimately doesn't matter to Wild And Inside. Surely the end result matters more than the reasoning? The Horrors have made what is essentially a fairly derivative shoegaze album, but the end result is one of the better records from the early half of 2009. Eat Skull have made a shitgaze album, but one that extends the template onto extra sheets, doodles stretching to the horizon.