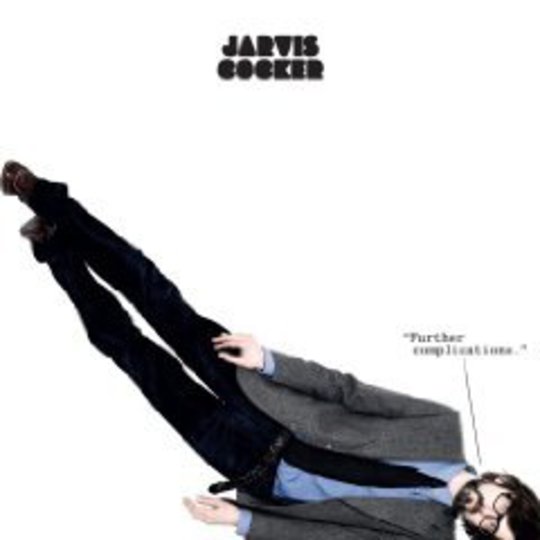 The news that Jarvis Cocker’s new album was to be produced by Steve Albini was definitely one of those moments that prick the interest. It’s not exactly a solution to the problems in the Middle East, but nonetheless, it was intriguing to imagine how Albini’s fastidious rock preferences would work with Cocker’s romantic posturing, or vice versa.

Well, firstly, as you’d expect from anything Albini is involved in, the production on the ex-Pulp man's second solo album Further Complications is technically excellent. Albini’s famous preference for analogue methods means that the ensemble parts come through crisply in the mix; the absence of digital compression gives the tracks an endearing warmth and depth regardless of the musical style (of which there are many - this is far from the straight garage rock record some have suggested). The rounded bass tones and subtle decay of guitars when they are allowed to linger are an audio nerd’s dream. When musicians are recorded this well in analogue, digital seems like some kind of harsh plastic substitute.

But it is not just the skills of Albini that make this album stand out. Further Complications is an impressively bold record, moments of brutal self-deprecation and frustration, juxtaposed with beauty. While writing the material which appears on the album, Cocker split up with his Parisian wife, and gave various interviews to the British press saying he was keen to reconnect with his roots in the North of England. An artist in personal crisis coming off the ropes to make a great record is something of a cliché, but it would take a very mean spirit not to be moved by the candidness of Cocker’s self-examination.

The opening two tracks - 'Further Complications' and 'Angela' - are considerably more muscular than most of Cocker’s solo work to date, or anything from the Pulp era. The short, insistent riffs and high impact, heavy-on-the-cymbal drumming is garage tinged with a glam stomp, but with a lyrical eye to the gutter more in keeping with Iggy Pop than Marc Bolan. They are a fitting introduction to an album drawing stark honesty out of difficult personal circumstances, but lack the world-weary charisma which we’ve come to expect from JC.

Track four, 'Leftovers', is where the album really takes off, conversely, by dropping the tempo down a couple of notches. 'Leftovers' is the story of Cocker’s lust for a random woman, including the superb line “I met her in a museum of palaeontology, and I’ll make no bones about it, I said if you wish to study dinosaurs, I know a specimen who’s interest is undoubted”. The softening of musical style allows the space for the classic Cocker jumble of lust, self-doubt and romance in unusual circumstances, but his talent has always been lyrically translating his own inner turmoil into situations that everyone can identify with. This is evident in spades on Further Complications, and despite his still-numerous personal hang-ups, Cocker has made a significant leap forward in his confidence to express them as a solo artist.

The closing track 'You’re in My Eyes (Discosong)' is a startling example of the way Cocker has spread his wings artistically since leaving Pulp. It's is a tender slice of (what else?) disco about a reunion with a long lost love. The track builds the emotion slowly as the beat and muted guitars gradually move higher in the mix. A breathless narrative is alternated with a fragile chorus vocal, the hint of vibrato on which must come from a very personal place. The ability to sketch emotions using the variety of classic singer-songwriter templates exhibited on Further Complications lifts Cocker’s solo work out of the date-marks of time or trend, (unlike his work with Pulp which was is arguably still culturally bound to Britpop) placing him instead in the same sphere as performers like Todd Rundgren or David Bowie.

Unlike the best of those artists, however, the variety of ideas on Further Complication do not have a uniform success rate to bond them, and this is what stops the album short of reaching classic status. The heavier tracks serve a useful purpose as foil to more introspective moments; an album where every song contained the drama of 'slush' might buckle under its own weight, but the contrast between the two styles on Further Complications show that balls-to-the wall confession, not rock, is not where Cocker’s real talent lies.