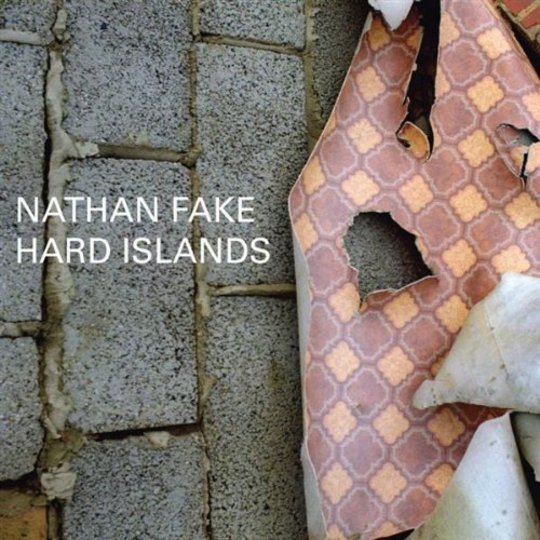 James Holden’s Border Community label can comfortably don the title of ‘pioneering electronic label’, something previously chartered by the better known likes of Warp, Ninja Tune etc. But as those labels split their wares with template-shattering artistry and new-found accessibility, BC has certainly prospered with its subtle take on proceedings.

Accommodating both the dance floor and the armchair, BC has produced a string of alternative electronic beasts, as well as remaining true to its true calling of super-club potential. Much of the label's back catalogue can be summed up as post-Boards of Canada ethereal electronic noise, along with some Aphex Twin-esque heftiness (Warp comparison now fully noted).

Drowning In A Sea of Love was Nathan Fake’s first full-length outing on the label and was a real diversion from his own musical comfort zone, having previously been a purveyor of club epics like ‘Outhouse’ and ‘Dinamo’. The album was an exercise in one man band conduct, just with a computer and not Dick Van Dyke street novelty. The end product sounded like the post-apocalyptic synth band of your dreams (not nightmares). It was awash with lush, watery tones and backed by the kind of beats you could hear in the Nintendo classic F-Zero. Great fun and very well accomplished.

As ‘The Turtle’ - first track on second album Hard Islands - signifies, it’s misnomers that seem to be the order du jour on Drowning In A Sea of Love's successor. The title may initially create the image of some sort of ‘slow and steady wins the race’ fable, but the track itself couldn’t be further from that. It is incredibly heavy – definitely more in tune with his live performance than his production work ala ‘Drowning... The arrangement of each track works around this heaviness, while the dehumanised clapping, maraca sounds and the live tweaks give the arrangement of each track a human feeling.

While the melody is retained throughout each track, it’s still the heaviness of it all that’s prominent. There’s a density throughout which, when turned up, can really rattle your bones, but doesn’t leave much room for the lush melodies he’s infused into his work so well before. For example, once you’ve dug through the industrial rubber bounce of ‘Fentiger’, the hook kicks in. But it’s constantly altered, leaving no time for connection to its obvious majesty. It either teeters unnervingly on the verge of collapse or is left that second longer to enhance the inevitable breakdown of the track. This mixture is completely influenced by his live dalliances, which can lead to some really tough periods of listening if you’re seeking out the relaxed listen you may have expected.

Unfortunately for Hard Islands, what Fake seems to enjoy most is probably not what he is best at; at least on record. There’s no doubting that sensory sensations offered here can hold the listener, but most likely they'll be enjoyed a helluva lot more while chemically-enhanced; essentially this is not a record designed for home listening. It’s for shameless late night hedonism away from prying eyes, and on that platform its scope is much greater.

It’s obvious Hard Islands is trying to detach itself from the world that Fake created with Drowning In a Sea of Love, perhaps being put off by the lack of translation available to that album to the dance floor. And maybe as his heart lies with that environment, his listeners should as well.