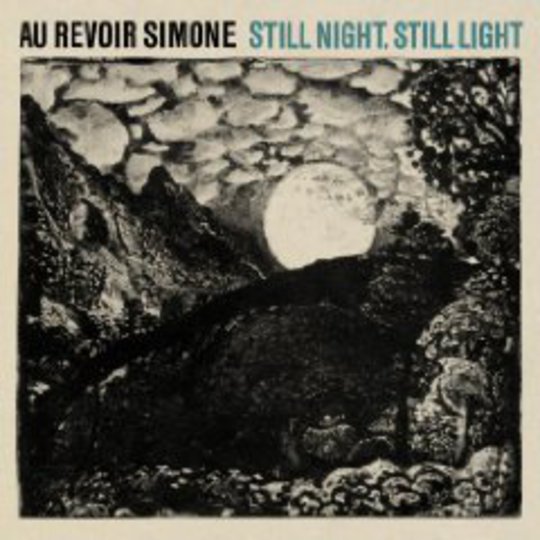 Since forming at the back end of 2003, Brooklyn trio Au Revoir Simone could almost be identified as the antithesis to those artists hellbent on re-inventing the wheel. If anything, their philosophy is based more around the simple thesis that "primitive = good" and with an unparalleled love of analogue synthesisers, vintage drum machines and succinctly tailored harmonies, the three-piece have become something of a cult phenomenon on both sides of the Atlantic, pertinently illustrated by the fanfare of cheers that greeted the announcement they were to co-headline this year's Indietracks, Europe's biggest celebration of all things minimal, lo-fi and incessantly twee.

Musically of course, Au Revoir Simone really can be summed up by the simple adage that what you see is what you get; from the slightly off-kilter minimalism of 2005's Verses Of Comfort, Assurance And Salvation through to the more commercially viable, mature pop sensibilities of its successor, The Bird Of Music, their music has a timeless, distinctive air about it that is pleasing on the ear, if not always the most vivacious in terms of excitement and austerity.

Nevertheless, its simplicity is what makes Au Revoir Simone an enthralling prospect in their own right, and with Still Night, Still Light, they've persisted with the same formula that enlightened people's attentions in the first instance. Although the lo-fi arrangements are perhaps the most noticeable facet throughout this record (and indeed their entire back catalogue), let's not underestimate the idyllic vocal harmonies of the trio themselves, Erika Forster, Annie Hart, and Heather D'Angelo, whose sumptuous asides turn the likes of 'Shadows' and 'Organized Scenery' into angelic, hypnotic waltzes, albeit with a sinister edge, if the latter's message of a dying planet is anything to go by.

Thankfully, its not all doom and gloom in Au Revoir Simone's world. Far from it in fact, as the gorgeous, handclap-laden 'Knight Of Wands' and lovelorn 'Only You Can Make Me Happy', which sounds like one of those accordion-based melodies you'd hear on a horse carousel at a fairground evidently demonstrate.

There is something quite devilish however about the way they combine musical niceties with the occasional savage put-down, 'Another Likely Story' introducing itself in a similar way to The Field Mice's salacious 'Let's Kiss And Make Up' only to veer off in similar fashion, likewise the sophisticated melancholia of 'Take Me As I Am', Forster insisting "we could be having fun" at the song's most wry, desolate interjection.

The most obvious criticism of Still Night, Still Light - or indeed Au Revoir Simone in general for that matter - is the lack of diversity or differentiation between songs, and while their integrity remains intact for sticking to their guns rather than changing for the sake of it, one nagging worry that's probably been said about them many times beforehand remains around their future longevity in these times of encouraged, nee expected, musical development. However, listen to Still Night, Still Light for what it is and its unlikely you will end up disappointed.