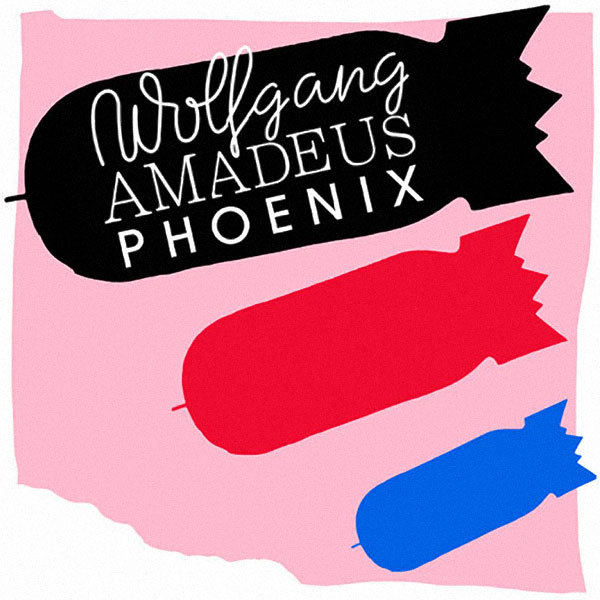 Wolfgang Amadeus Phoenix, one of the most focused, synapse flicking, soundtrack-to-your-summer essential records to have 'dropped' in recent memory.»

this could be phoenix's 'kid a' and 'ok computer' rolled into one. 'wolfgang amadeus phoenix' is jaw-droppingly good, a veritable masterclass in sophisticated modern pop music...the kind of music that will make you glad to be alive and remind you that maybe the world isn't such a terrible place after all...put simply, it's genius...while it's true that you can't force inspiration, you might be able to rent it for a few weeks at a time - or so goes the logic behind the peripatetic recording process of phoenix's new studio album. to write their new album the gallic quartet decamped to various locales away from their home studio in versailles, searching for the stimulus necessary to transform the new material into a coherent lp. "we spent a long time waiting for the chemical reaction," says guitarist laurent brancowitz, "that moment when a song isn't just the sum of all of our parts, but it's something more. and the idea was to go someplace we'd never been." actually, they went to a few: brancowitz and his bandmates thomas mars (vocals), christian mazzalai (guitar), and deck d'arcy (bass) worked in the parisian studio of 19th-century romantic painter thodore gricault, chartered a houseboat on the seine and stayed at the bowery hotel in new york city for a month, among others. as the guitarist explains with self-effacing humour, "it was like our orson welles moment."
description from www.roughtrade.com