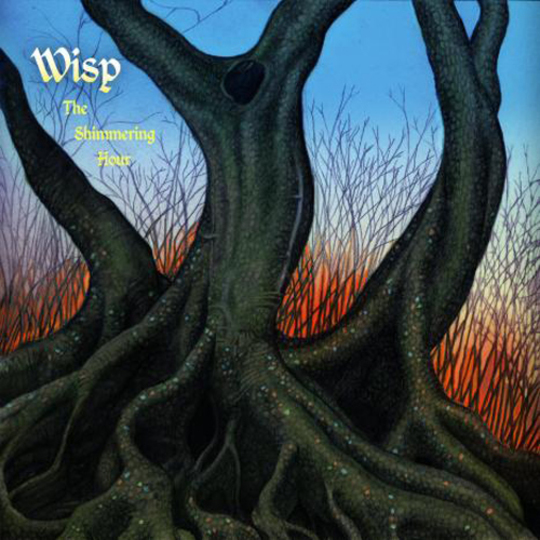 Rephlex, the self-styled 'braindance' label founded in 1991 by Richard D James and the resolutely non-techno sounding Grant Wilson-Claridge, have been talking up Wisp for a year now. Niagara Falls native Reid Dunn came to their attention when he posted a fake track by the are-they-or-aren't-they-Aphex-Twin Cornish techno act The Tuss on MySpace. Wisp had already released a fair amount of material prior to this, much of it free to download, before a spell on the now defunct Sublight label run by Aaron Funk, aka Venetian Snares, for whom he recorded two albums, NRTHNDR and Honor Beats, both of which were reminiscent of both Funk's productions and early Squarepusher.

Given the parameters of the Wisp sound it's clear to see why he appeals to Rephlex, so squarely does his style sit within their sonic space. But is The Shimmering Hour worth the wait? Not if you’ve been feeding on the hype for a year it isn't, no, but that's not to say it's a terrible album. At times, in fact, when Reid pushes his haunting, whimsical melodies to the fore, as on 'Keeper of the Hills', 'Flat Rock' and 'Seaway Trail', The Shimmering Hour hints at greatness. Sadly, however, these engaging and evocative tracks turn out to be highlights rather than precursors to even better things to come later on in the piece.

The main problems with The Shimmering Hour are twofold. Firstly, when Reid isn't crafting subtle, eddying tunes – ones that whip past and melt away like traces of ocean spray – he's forging big, melodramatic ones that, in the case of 'Kultus Klawata' and the overblown 'Summoner's Hollow', suggest his stated debt to video games might be recognition of a serious Final Fantasy habit. These are tunes to slay dragons, climb mountains and don (not just 'put on'; these tunes definitely demand donning) wizard's robes to. Peace be upon you if that's what floats your boat, but it's all a bit too Ozric Tentacles and for these ears.

The second problem is the perfunctory nature of much of the album’s beat programming. Opening track 'Teddy Oggie' (that fake Tuss track that got Wisp noticed by Rephlex in the first place) doesn't set the bar high, using as it does the basic woodblock and metallic breakbeat combo that's littered across scores of post-jungle IDM tracks. But an over-familiar drum sound and pattern is preferable to the leaden kick and handclap combination of 'Picatrix', which is only interrupted by some cut-ups that sound like what the old 'drum fill' button on a cheap and cheerful two-octave Casio would throw up if it had a 'glitch' setting . Maybe it's supposed to sound clumsy and I'm just not getting it. Maybe not.

These disappointments are perhaps felt more keenly due to Dunn clearly having some intriguing compositional ideas. Short track 'The Shaper' plays with medieval melody in an interesting way, the stop-start signature and rattlesnake shake of the beat surrounded by mournful synth work, while the middle section of 'The Fire Above' breaks into a fine, Reichian string section before slumping into a sub-Chemical Brothers attempt at a euphoric psychedelic coda. This shift from the impressive to the anti-climactic is, sadly, typical of the album.