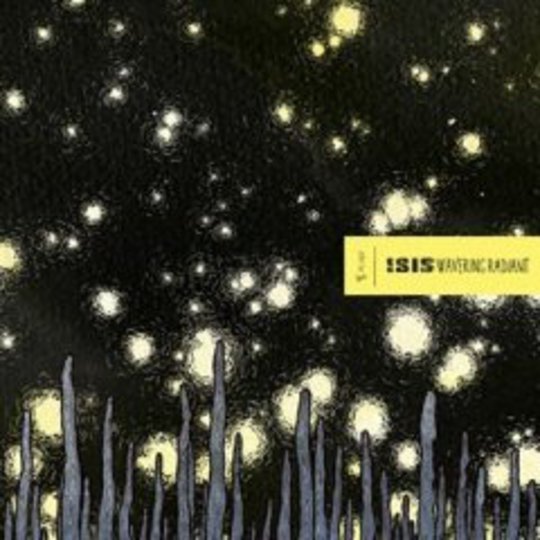 I’m never certain what to make of critics describing the sound of Isis as ‘heavy’, as to me it’s really not, not anymore.

Heavy music, of a metal slant, deliberately sets out to provoke a reaction of fight or flee in the listener, to engage with aggression or cower behind a sofa from. That’s why fans love it so, for the way it stirs them up inside. Isis’s music – their music of now, rather than their earliest rumbles (which could be classified alongside the industrial likes of the influential Godflesh) – is a textural delight, its only semblance of sonic weightiness the vocals of Aaron Turner, whose roar can indeed either boil or chill the blood, depending on your preferences. And on Wavering Radiant even he has mellowed.

Which plays its part in making the five-piece’s fifth studio long-player perhaps their most rewarding yet, but simultaneously their hardest to immediately access given its prioritising of subtle nuances over senses-numbing assaults – it’s a three-listens-before-it-clicks deal. Long-term fans will find parallels between its engrossing shifts of atmosphere and those of album three, Panopticon – if any of the band’s previous efforts come close to what’s on show tonally here, it’s their 2004 classic, itself a worthy second-best in their before-now catalogue to the seminal Oceanic of 2002. But the connection between artist and audience across these seven tracks (54 minutes – their shortest album since 2000’s debut Celestial) is one made with an emphasis on cerebral, rather than physical, arousal.

Track titles would imply an underlying conceptual framework to Wavering Radiant, with ‘Hall Of The Dead’ preceding ‘Ghost Key’, and ‘Threshold Of Transformation’ closing the album in epic circumstances – Turner, it seems, has left our world behind for exploration of another beyond the lives led by mortal men. Yet despite the cleanness of his delivery – contrasted, of course, by that quintessential bellow – lyrics are far from wholly discernable, and the closer one tries to listen, the further the reality seems. A trick, perhaps: by leaning in nearer the listener becomes fully enveloped, wrapped in the deep grooves and crisp contours of the Isis experience, and subsequently becomes ‘one’ with the music, rendering the specific circumstantial and the spectrum absolute. Or, maybe the final version comes with lyrics in its cover art.

As with all previous Isis albums, investment of attention on the lyrical – or lack of, I should say – detracts not from the impact made by the whole, forever considerably more impressive than analysis of partial fragments. The flow of Wavering Radiant is a natural one, its cadence fine-tuned to the circling of celestial spheres, as if designed by a greater power than the electricity that courses through transistors and transducers. It’s a proper album, in the sense that a divide is made at four of seven, the title track a segue between halves – its makers clearly bear download culture little respect, constructing their latest so that it’s best experienced as a whole, bridging arrangements as vital as the blustering bombast and constitutional inflections of grandly designed standout pieces.

Of which ‘Stone To Wake A Serpent’ is an obvious selection: its ominous, horror-movie keyboard tones duel with Turner’s most ferocious performance in some years, and its eight-and-a-half minutes is split into three distinct sections, the middle-portion fury contained on both sides by measured vocals and steady musicianship. ‘20 Minutes / 40 Years’ – the first offering from this album to be made available via the band’s MySpace page – seems the least-developed track by comparison to some of the ambitious fare around it, but is unmistakably the work of this band rather than one of their many imitators, proving that even when they’re not hitting the peaks they’re capable of, Isis are still leading the way for their chosen art.

Which is… what, exactly? If it’s not heavy – ‘dense’ is better description – and the band’s purer metal roots have grown into a towering trunk from which sprout the most tangled of branches, both sturdy and incredibly delicate, then how does one take in the full picture and condense twelve years of unfaltering advancement to a single adjective?

Oh, fuck it: I concede, heavy it is. Enjoy, ‘til your neck feels like it’s twice broken.