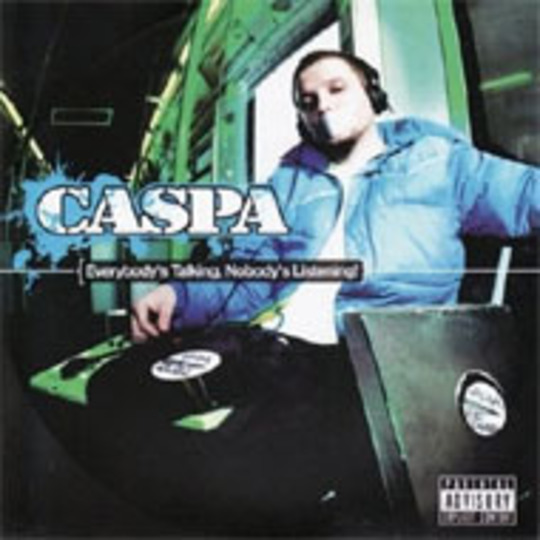 Those waiting for that cast iron classic dubstep artist album – and we’re talking club-destroying megaton blasts, not Burial palatability – can jog on. Everybody’s Talking, Nobody’s Listening isn’t it. Caspa isn’t going to grab a Mercury Award. But what the self-proclaimed Dopest Ghost In Town does raise is a whole stack of interesting arguments.

You see, elitism in dubstep has reached such a dam-busting watermark even indie-rock is peering over its shoulders nervously. Admittedly, a crossover in fan bases may be partially to blame, trainspotterish tendencies transplanted into a genre that owes more to the no-nonsense approaches of hip-hop and drum & bass. Yet it’s hard not to roll eyes in some instances: complaints are audible when artists play clubs instead of, aww, nice lickle clean gigs, said grumbles generally coming from self-proclaimed walking dubstep bibles with more opinions than legally-bought recordings. So you’ve got the entire Hyperdub back catalogue because your morals on stealing music are on a metaphorical par with Ronnie Biggs. Big fucking deal. If you can make it to the dancefloor without actually, y’know, dancing, then surely that’s the only indication you’re copping the wrong damn music.

Everybody’s Talking, Nobody’s Listening’s title alone is a succinct stab in the eye to those ruining it for the rest of us. Say what you want about Caspa, but from the moment legendary reggae/dancehall selector David Rodigan announces in the intro that this is, in as many words, all about providing the soundtracks for messy nights of bass-fuelled mayhem, the London producer pays no heed to trends. Everybody’s Talking, Nobody’s Listening may stumble from track to track as incoherently as a ketamine casualty, devouring the good (rocket-powered low-end grenades), the bad (the emerging trend of content-bereft emcees chatting, as any grime kid would put it, straight air), and the slightly ugly (Beezy’s marginally misogynist mumbles on The Streets-ripping ‘Disco Jaws’). It may even – gasp – cater for the populist-leaning side of the genre. In a way, though, Caspa’s roughshod attitude to continuity is more in the spirit of dubstep than many other contemporaries, because at the average night you will hear a genuine spectrum (thankfully, a rise in pesky rewind culture is confiscated at the door).

He cares, it seems, little for the purists and the nitpickers. And in throwing his shit at the wall in such a manner, Caspa ensures a good deal sticks. ‘Marmite’ packs a wobble that could announce the album to neighbours so far away you never knew they existed. Where the emcees are absent, such as ‘Low Blow’ or ‘Back To ‘93’, he casts a gaze toward Untrue’s ends. And between all that, Caspa unfussily lays down hulking mid-paced tunes with the sort of sub-low that no home stereo can truly do justice to.