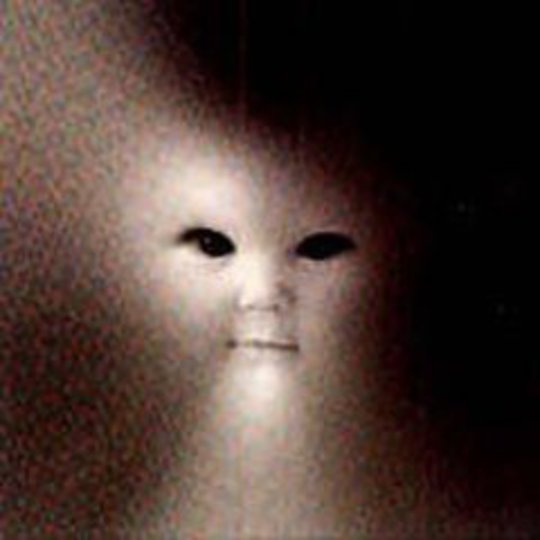 Sigur Ros originally formed as a three-piece in 1994. That’s to say, a year after Slowdive’s Souvlaki, and the year before Pygmalion. Influence or not, the debut album they released in 1997 certainly wound-up sounding somewhere between the two. In fact, with its purple jewel-case, and gruesomely distorted pictures of foetuses (that’s aesthetically gruesome, not HR Giger gruesome), Sigur Ros were very much of-that-time.

Now that they’re on adverts, film soundtracks, and peddling merchandise for newborn babies (No, really), it’s strange to think how uncompromising their debut was. Opening with ten minutes of formless ambient-noise, entitled ‘Sigur Ros’ after Jonssi’s little sister (born the day the band formed), you were taken straight into the amnion, and returned their repeatedly, throughout the album. This does actually fulfil Eno’s original criterion for ambient – you can listen to it, or let it be aural wallpaper – but it’s worth pointing out that not everyone can do this. Slowdive’s Pygmalion occasionally frustrates because the music seems to promise melodic resolution, or development. Stars of the Lid inhabit similar territory, but (literally) have less tracks available to develop their soundscapes.

As such, Sigur Ros – the band we know and love – actually make their first appearance 16 minutes in, on ‘Hun Joro’ (track 3), coming after a second track that’s probably meant to be a rainy childhood in Reykjavik. ‘Hun Joro’ is a BIG post-rock-song, drenched in the same kind of effects as those classic Slowdive singles (Reverb, Delay, Echo), but with bolder vocals, and a screamed ending that may have owed something to Iron Maiden (teenage listening fodder for Sigur Ros & Mogwai alike) or Bark Psychosis (check their searing ‘Manman’). ‘Myrkur’ (track 5) re-visits the formula, albeit with the most unadventurously trad-rock drum pattern the band would ever use, dragging down their ambitions to make celestial music: it’s basically Ride with an extra couple of octaves in the vocal range.
More Kranky / Constellation-style ambience appears on the album’s twelve-minute centrepiece, ‘Hjalfssol’, and the band’s first experiment with guitar played with a cello-bow, to moan and bluster beneath Jonssi’s psalm-like vocalizing. Think ‘Souvlaki Space-Station’, if you’re a Slowdive fan – but prettier, with flute-like notes pulsing over more oceanic movements toward the end.

After three years of experimentation, Von came out the same year as OK Computer and Young Team (1997), and well after the UK’s shoegaze scene had disintegrated, meaning that the band had a clearer vision of which aspect of their sound to develop. 1999’s Agaetis Byrjun (which went to Number One in Iceland) was many post-rock fans’ first taste, and Radiohead helped them reach a global audience, after early support slots with GYBE! that established their place in the post-rock Big Three. At their Union Chapel gig – half with the Amina string quartet, Jonssi barefoot on a special rug (just like Richard Ashcroft), and half in darkness to match their new more-evil-than-Mogwai songs – it felt like the building was going to collapse, and wouldn’t that be an awesome way to go...?

The band’s fourth member, Kjartan Sveinsson, didn’t join until 1998, enabling them to realize the orchestral-pop that characterized about half the songs on their second and fourth albums. Nonetheless, you can hear the seeds of their masterpiece – 2002’s ( ) – in the eponymous ‘Von’, which places a soothingly commiserating vocal and delicate acoustic guitar part over muffled floor-toms, with layers of processed noise beneath that. Part of the penultimate song also seems to have been re-worked for the closer to ( ) – it’s led by an almost identical tumbling bassline, although it never goes anywhere, and that’s just fine, so long as those electronic birds keep swooping and twittering in the background. All in all, it’s weird, and it’s only really built around 4 or 5 songs (if you don’t count the “secret track” that’s a backwards reprise of their big rock moment, as on the Roses’ ‘Don’t Stop’, or Mogwai’s ‘End’ from Ten Rapid). You can understand why their second record had its slate-clearing title (sometimes translated A Good Start or A New Start), but this was a worthy debut.