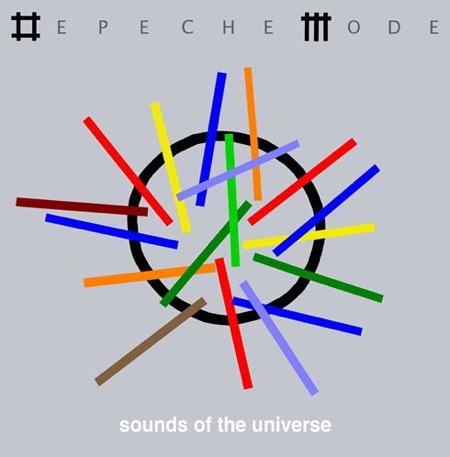 Depeche Mode - Sounds Of The Universe

To some degree Depeche Mode have been on a mission to curtail their more ridiculous tendencies for years now, 2005’s Playing The Angel seeing them shelve the clean hugeness of digital and allow themselves a slurp of warm analogue. Sounds Of The Universe sees them continue that tendency, only, y’know... more good.»

groundbreaking, chart-topping electro legends depeche mode release their long-anticipated new studio album, 'sounds of the universe' on mute. eclectic and energised, the band's new release is their most dazzling and diverse album in decades. recorded in santa barbara and new york, depeche mode returned to using a lot of vintage gear, from analogue synthesisers to drum machines, in order to conjure up the retro-futuristic arrangements featured on the album. lyrically the release contains many of the group's enduring obsessions plus more overt black humour than any of their previous collections. like their 2005 studio album, 'playing the angel', 'sounds of the universe' features writing credits for both martin gore, the group's primary songwriter, and dave gahan, who, after honing his talents on two solo albums, has earned his place as depeche mode's second writer. the release also marks a reunion between the band and producer ben hillier (blur, doves, elbow), who worked with the band to help give their new album its timeless sound. the first single from the release, 'wrong', grabs the listener's attention from its first stack-heeled, staccato shriek. over stomping beats, screeching synthesisers, and dave's overlord chant, 'wrong' already feels like a depeche mode classic. other standout tracks include martin's velvet-lined scott walker croon on the sensual lounge-music ballad 'jezebel', to the sci-fi gospel-blues hymn 'in chains' and 'hole to feed', which marries modern electronics to a floor-shaking, bone-rattling bo diddley beat. ....release date: 20/04/2009
Description from RoughTrade.com