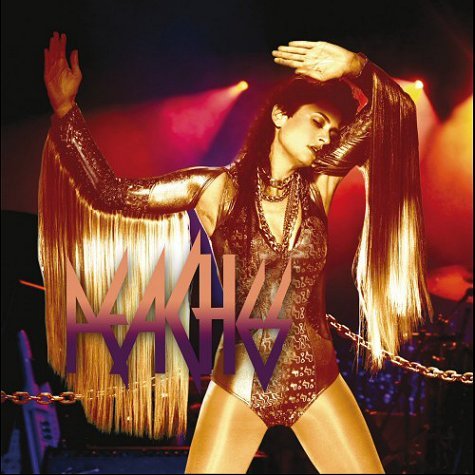 All the original elements are in place – the muffled thump of the kickdrum, the sinister pulse of fuzz-bass, the sporadic clatters of live drums – nonetheless, by alternating disco-diva vocals with the snide tone of a table-dancer, Peaches has come the closest yet to the pop album she should have made years back. It’s still sparse, but about half the songs here are actual songs. That’s a start... »

on her new album 'i feel cream' peaches does it again, this time producing, along with the likes of simian mobile disco, soulwax, digitalism and drums of death, her most pop-sounding album to date. that's not to say she's mellowing or taking things easy. far from it in fact, peaches now seems as relevant to the musical landscape as ever before. the beats remain as harsh and uncompromising as ever but with a new-found melodic groove that has only been previously hinted at. a perfect example of this is opening track 'serpentine,' the title track 'i feel cream' or the luscious synth-pop of 'lose you,' which sees peaches deliver one of her most delicate and graceful vocal performances yet. of course, she still retains that lyrical bite - in 'billionaire' (featuring shunda k of yo majesty) she sings of how "you do diddly-squat / no plot / you took a shot / but forgot you're the fly that i squat."....release date: 04/05/2009
Description from RoughTrade.com