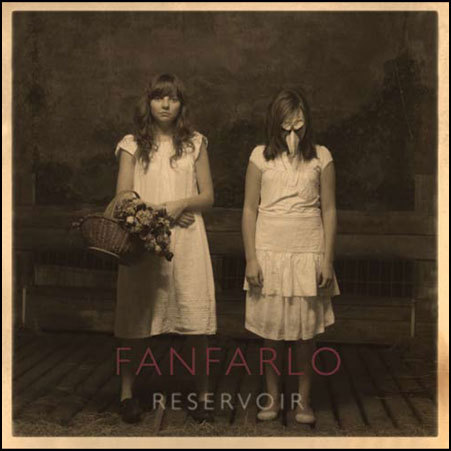 Anyone perturbed that Ed Harcourt seemed to get it totally RIGHT with his “indie” album, Strangers not long before deciding no-one was listening, and pretending to retire…? Fanfarlo are similar fare, and that’s a perfectly fine thing to be. »

rough trade exclusive version of the best english album we've heard in years - it's gorgeous, and lush, and warm. 500 limited edition boxset of fanfarlo's already classic debut album, housed in special foil-blocked, embossed linen-covered dvd-shaped a5 box, which includes exclusive set of heavyweight letterpress printed postcards featuring the band's artwork and lyrics. musically fanfarlo go far beyond their roots in sufjan stevens, beirut and arcade fire to deliver a new strand of universal pop music. produced by man of the moment peter katis (the national, interpol), 'reservoir' is the record to set fanfarlo with the big boys. this version is self released but lots of labels are trying to sign them. sure to be future ebay gold.....release date: 25/05/2009
Description from RoughTrade.com