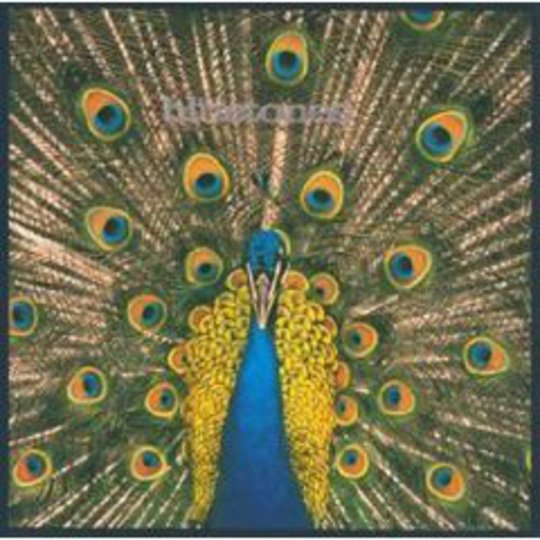 Issue upon issue of Melody Maker, Vox and the NME piled up and substituting for a bedside table; the cereal box a copy of Select came packaged in; Shed Seven singles; a battered-to-hell copy of The Bends; 1977, the tablature book; a cherished gig ticket from the Manics’ Everything Must Go tour; posters of Louise Wener and Cerys Matthews; an aerial shot of Oasis’ Knebworth show. For anyone of a certain age and inclination, these instances of musical ephemera might prove familiar. Slotting seamlessly among them, then: The Bluetones.

Placed squarely in the ‘Britpop survivor’ bracket, theirs is a history much maligned. In all honesty, even given the current penchant for reissuing artefacts of this era, giving Expecting To Fly the box-set treatment does seem a little superfluous. Non-band-approved and cynically minded they might be, The Bends and OK Computer are inarguably seminal pieces of work, from a band that strove – indeed, still strive – to transcend the musical trappings of their time. In comparison, Expecting To Fly seems very much of its age, and the knee-jerk reaction to this release among many will undoubtedly be one of derision. Listening to it some thirteen years down the line, however (thirteen years!), and such contempt seems sorely misguided.

Which isn’t to say they’re worthy of revisionist lunacy. But they’re hardly due any ridicule, either. Disregarding the second disc (which includes some diverting enough Peel, Radcliffe and Evening Session appearances) the album itself benefits from the gift of hindsight, though it doesn’t sound particularly ‘remastered’ to these ears. Admittedly never genre-busters, boundary-pushers or the kind to inspire the feverish devotion many of their peers enjoyed, it’s nevertheless easy to see why The Bluetones struck a chord with the Great British public back in ‘96 (and they really did, toppling What’s The Story (Morning Glory) from the peak of the charts and arriving a few sales short of a Number One single via ‘Slight Return’). It was their everyman charm that did it: an unaffected lilt reflected in their easygoing melodies and pandered to in their videos, yet one that never grated unduly or wore too thin.

Considering it was their calling card, it’s odd that ‘Slight Return’ has suffered more in the interim than the other singles present – ‘Cut Some Rug’ seems a far more poised ditty (featuring a confident vocal turn from Mark Morriss), while ‘Bluetonic’ remains sunny and heartening to this day: “When I am sad and weary / When all my hope is gone / I walk around my house and think of you with nothing on.” Although on the whole it’s a dynamically similar affair, there are also elements of the record that hint at a greater ambition – the spiralling seven minutes of opener ‘Talking To Clarry’, for example, or blissful strum of its mid-point, ‘The Fountainhead’.

The one thing abundantly clear about Expecting To Fly is that it is a first album. While it saw the band achieve a commercial success they could never replicate, it also paved the way for a rise in artistic stature informing its unwieldy Western-tinged successor and culminating on their triumphant third, Science & Nature. Here, they were sharper, more assured and in possession of stronger tunes than ever before, the seeds sown previously coming to fruition by means of delightful lament ‘Tiger Lily’ and even a satisfyingly psychedelic groove in closer ‘Emily’s Pine’.

Touring said album even saw them forming the – erm, meat? – between a Limp Bizkit and Foo Fighters-breaded sandwich at Reading 2000, where their finale saw Morriss swept off the stage by a fully decked-out sailor to the strains of ‘That’s Life’. A fine example of showmanship, it’s perhaps symbolic of the band’s story as a whole: by sticking slavishly to what they know while the musical climate rages around them – becoming consummate practitioners of it, even – they’ve found themselves irreparably out of step with what lies beyond their cosy enclave.

Still, a decent debut album. Kicks the shit out of Northern Uproar’s, anyway.